When Tim Tattu, a Zen Buddhist aficionado, hospice nurse and former set decorator, bought an affordable lot in LA’s Silver Lake hills, he wanted to create a home that reflected his personal nonconformism. 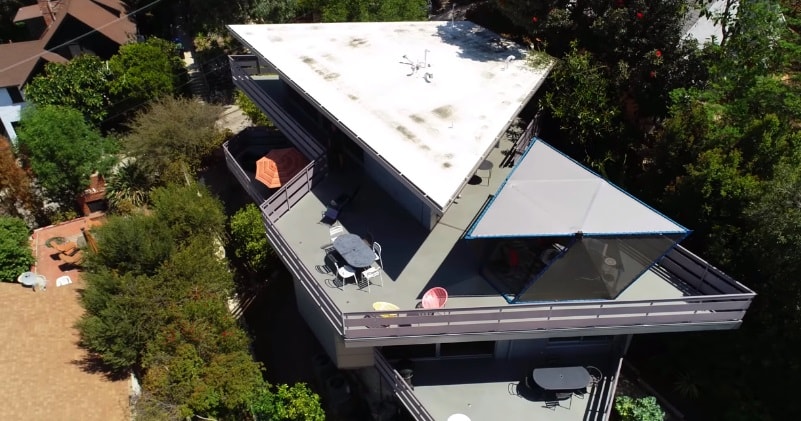 Tattu took on debt with his bank, credit cards and friends so when the home was completed he moved into the 120-square-foot garage studio and rented out the rest of the home to start paying off his loans. A year and a half later he moved into the downstairs unit and continues to rent out the upstairs and garage./ Kirsten Dirksen