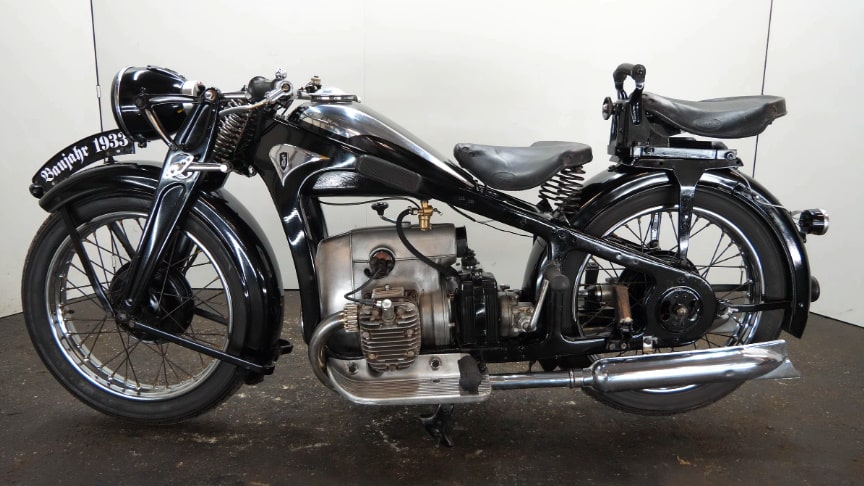 The new Zündapp range was an enormous success, and in September 1933 the firm produced its 100,000th machine, quite an achievement after little more than a decade as a motorcycle manufacturer.This Zündapp is the result of German engineering. It was restored years ago and is equipped with a rare Veigel speedometer and a pillion seat./classic-motorcycle.com