I know the blowthrough setup isn’t the best method for this type of engines, since their carburetor isn’t meant to take boost. Despite that,I wanted to give it one more chance before I move to the drawthrough setup.Trying to supercharge a model engine with a centrifugal compressor is is way harder than the positive displacement ones. 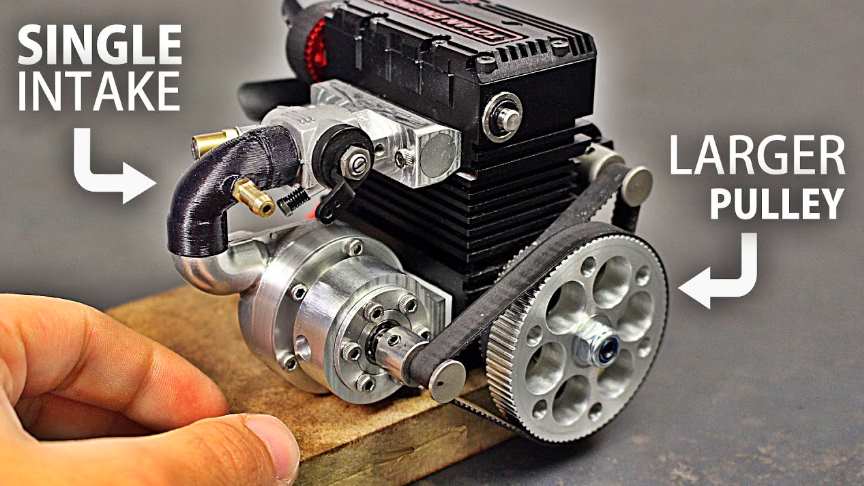 This thing has to spin at hundreds of thousands of revolution in order to give some useful numbers.Nevertheless, I wanted to do it as I know many people would be interested in seeing it.

Next up is the draw through setup, for which I’m very curious to see how it’s going to work. Chances are that overall it’s going to be better.

Of source we need to measure the power output, that’s why I’m planning to build a prony brake dyno and see the results.And yes, at some point it will be mounted on a r/c car. Most of the I engines.I have, will be mounted on something, because I’m too tired as you seeing them all the time on a stand.