In this video from the 2020 Ford F100 Show held in Sevierville Tn I check out a 1964 Mercury M100. From my understanding these Mercury pickups were only available in Canada so we don’t see a lot of them here in the States.The current owner of this 1964 Mercury M100 has owned it for around 30 years and about10 years ago the truck underwent a complete custom build. 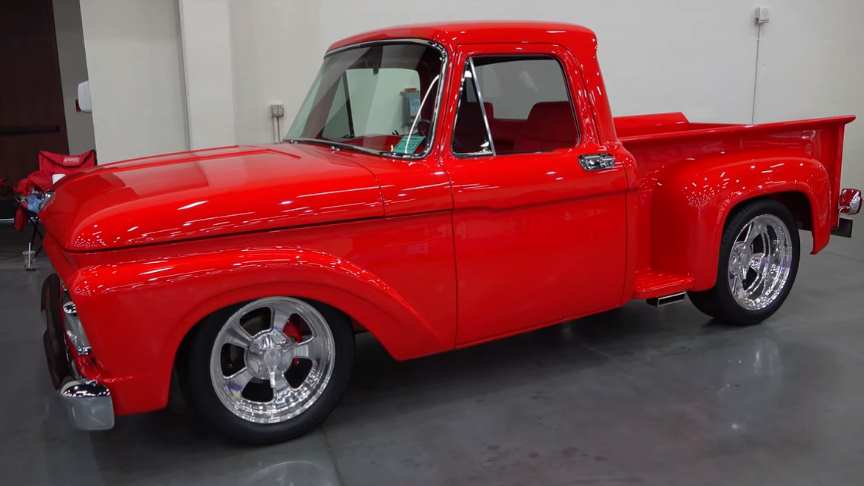 It is now covered in Corvette red that it wears as well as any Corvette ever did.The body has had several modifications made to it.But none that take away from the cool of a 1950’s pickup.The interior is all custom and covered in red leather I think it fits the build really well. Wheels are always a personal choice and no one set will please everyone.

I’m good with the ones they chose to run on this 1964 Mercury M100 from the 2020 F100 show.The suspension has all been brought to modern and a lot of the parts have been chrome plated.Not over done under there but much nicer than stock.

Under the hood is a Ford 460/514 one of the first crate engines offered by SVT turning out around 600 HP..Plenty of power to get you where You’re going!!.This 1964 Mercury M100 for the 2020 Ford F100 Show Sevierville TN is a cool part of history that is easy to forget..Cool truck for sure.Check it out!via/read more: ScottieDTV