The D-Cycle piston completes the 4 strokes of the combustion cycle in a single crankshaft revolution, resulting in higher fuel efficiency and power density. 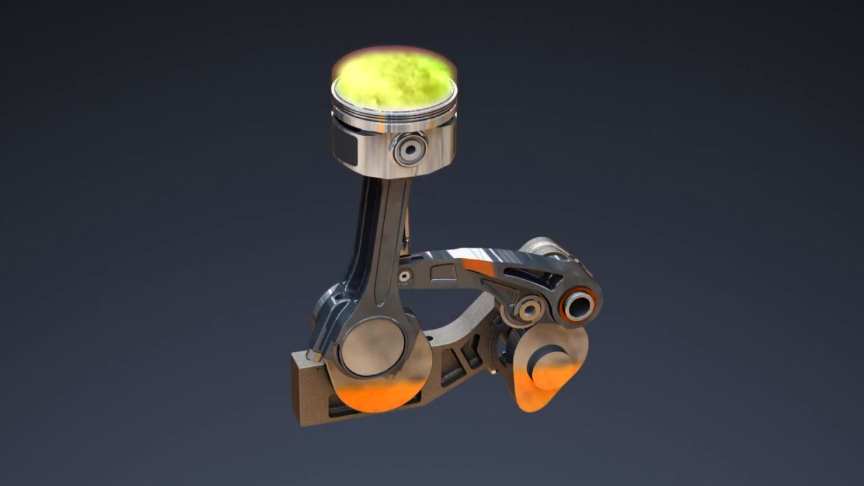 The heart of YAN Engine’s Differential Stroke-Cycle Piston Technology – or D-Cycle™ – is a vertically split-piston that completes the same four engine strokes of a traditional internal combustion engine (ICE) in a single crankshaft revolution.

This is the working path for a typical D-Cycle™ implementation – from left to right:The crown is mated with the seat during the power stroke,the two halves split at the low-pressure portion of the power stroke,the crown performs the exhaust and intake strokes; and,the crown and seat recombine during the compression stroke.All four strokes – power, exhaust, intake, and compression – are completed within a single crankshaft rotation.D-Cycle™ technology executes a true mechanical Atkinson stroke, reduces cyclic energy losses, and matches intake displacement to power demand – which all adds up to higher power density and better fuel efficiency.//read more: yanengines