Built by youtuber Keith57000 this impressive hybrid RC car is built around a custom 125 cc V10 engine.The rest of the car is just as impressive as the engine. 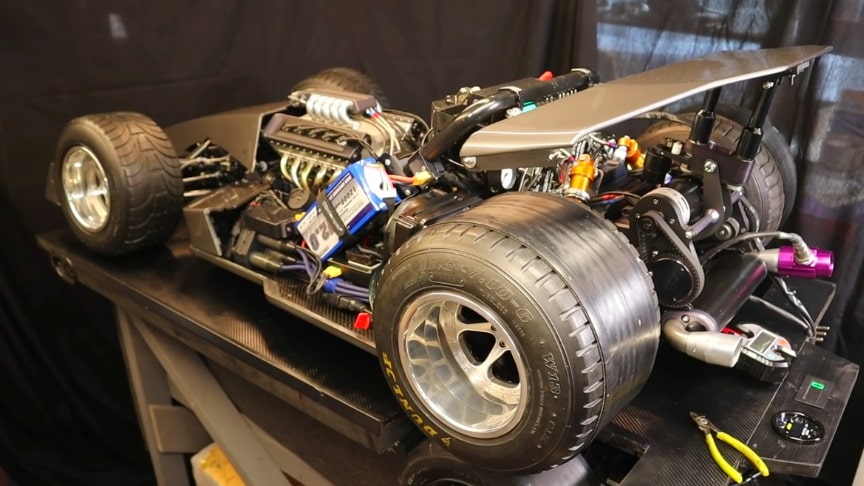 The chassis is bent tube with machined brackets and carbon fiber suspension. The car is alos equiped with two electric skateboard motors which are placed there to give it a bit more power to the car. The car has alos a custom built thee speed gearbox.

Most 125cc engines we see are single-cylinder units in entry-level motorbikes, but what you see here is no ordinary 125. It’s a hand-crafted V10, with sequential fuel injection, dry-sump lubrication and a triple-plate clutch, and yes, it runs. Keith5700 spent 2,500 hours by his own estimation to build a fully functioning V10 engine with a 125-cubic-centimeter displacement.

Latest developments on the car front. I was hoping it would be a dyno success, but it turns out there is still some work to do. Anyway, it sounds nice with the headphones on!Edit:- When I’m using the O2 sensor I put an extension pipe on. I know it wouldn’t work very well without itALSO, I’ve found a serious restriction in the intake system, so I’ve sorted that, so just need to do something with the slipping clutch.//Keith57000