A V2 engine, also called a V-twin engine, is a two-cylinder engine layout in which the cylinders form a “V”. People also call it a panhead engine because it’s an overhead-valve Harley-Davidson motorcycle engine, so nicknamed because the rocker covers resembled cooking pans. 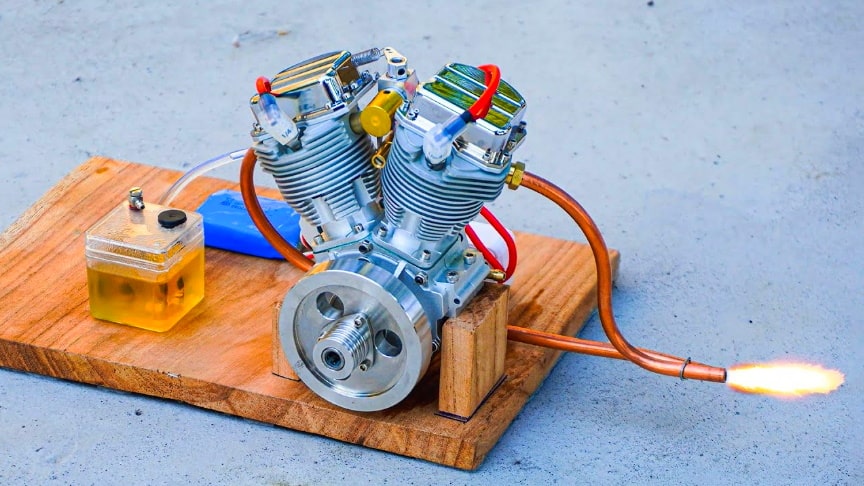 The engines are arranged in a V configuration with angles greater than 0 but less than 180 degrees.Here we have an amazing CISON FG-VT9 9cc V-twin V2 Engine Four-stroke Air-cooled Motorcycle RC Gasoline Engineine. Video by NDA Hack:

The highly simulated classic look and elegant silver appearance recreates how a real motorcycle engine looks. Upgrade based on the original design to improve performance and reliability represents the most significant feature of motorcycles.