The Porsche 930 is a sports car manufactured by German automobile manufacturer Porsche between 1975 and 1989, known to the public as the 911 Turbo. This is Lanzante’s Porsche 930 TAG Turbo and its limited to just 11 examples. 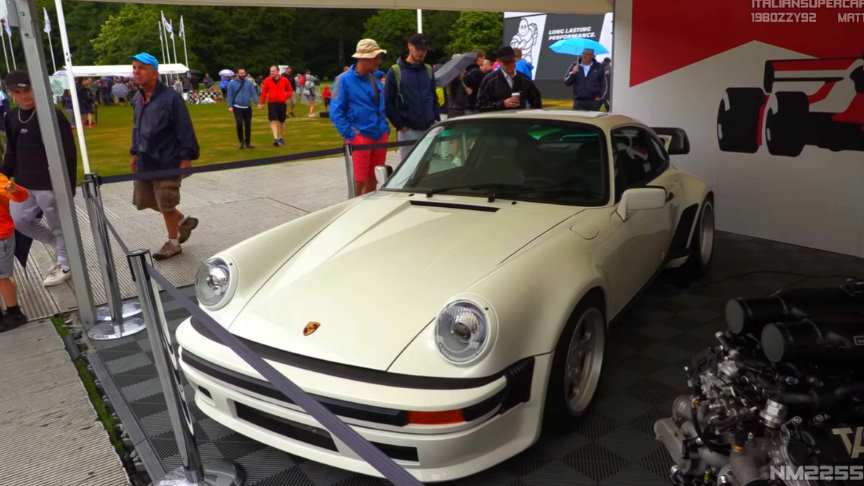 This 930 might look like a normal Porsche 911, but its powered by a 1.5 liter TAG-Porsche Turbo V6 engine from McLaren which were used to power its F1 cars in the mid 80s.

In this video you can see and hear this beast driving up the Goodwood hillclimb.Some modifications were done to the engine to make it more reliable and livable.

This included smaller turbos, adjustment to fuel-air mixture, a new transmission, a limited slip differential, and a decrease in boost pressure. The Lanzante team put radiators at the front of the car as part of a brand new water cooling system. The climate control is entirely electric, because F1 cars didn’t come with HVAC.