The Mil Mi-32 was a project for a super-heavy crane helicopter from 1982.A project of the heavy flying crane helicopter with a take-off weight of 140 tons intended for transporting civil and military technics. But never built. 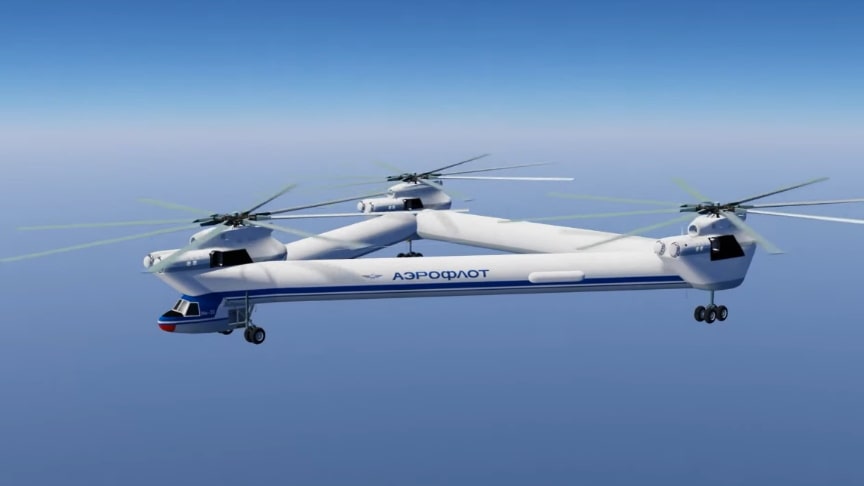 As an absolute special feature, it had three main rotor systems based on the Mil Mi-26. These three systems were connected to a hull that connected the systems in a triangle.

The center between the three main rotors remained free. The take-off weight of the device intended for material transport in Siberia should be 142 tons, the maximum speed 230 km/h and the range 600 km. However, due to the dissolution of the USSR, it was not carried out.via/read more: Found And Explained