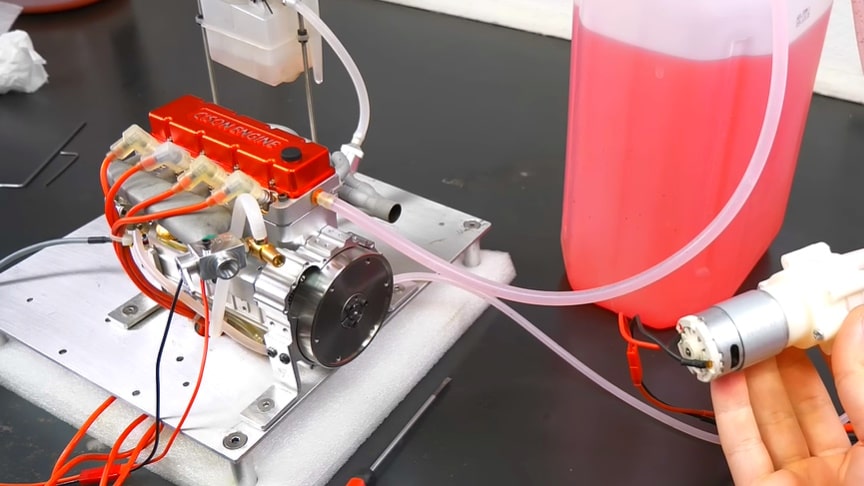 But it adds red sports elements on the surface, roughens the crankshaft, and adopts bionics on the carburetor. OHV valve mechanism gives the engine a better power output performance than the F-head design for higher torque output, which is more compatible with RC off-road trucks, tows, etc.

Equipped with a standard electrical starting, water cooling system and independent lubrication system, the new L4-175 OHV L4 gasoline engine will also be available in two versions, the KIT version and the finished version. The spark plug, ignition and water cooling accessories are not included, please prepare or purchase on your own.

With a total of hundreds of metal parts, the L4 engine kit allows you to start a great and challenging project, enter the world of micro mechanical engineering and DIY build your own L4 engine.The engine boasts printing inlet pipes and exhaust pipes that are integrated metal and stainless steel, along with a carburetor designed by bionics for easy adjustment, more sensitive throttle response and deep and powerful sound.