Léon Bollée came from a family of inventors; his father, Amédée Bollée père, was the most important pioneer of steam road vehicles in France. Léon patented a mechanical calculating machine in 1889, gaining a gold medal from the Exposition Universelle held that year in Paris, but soon turned to vehicles. 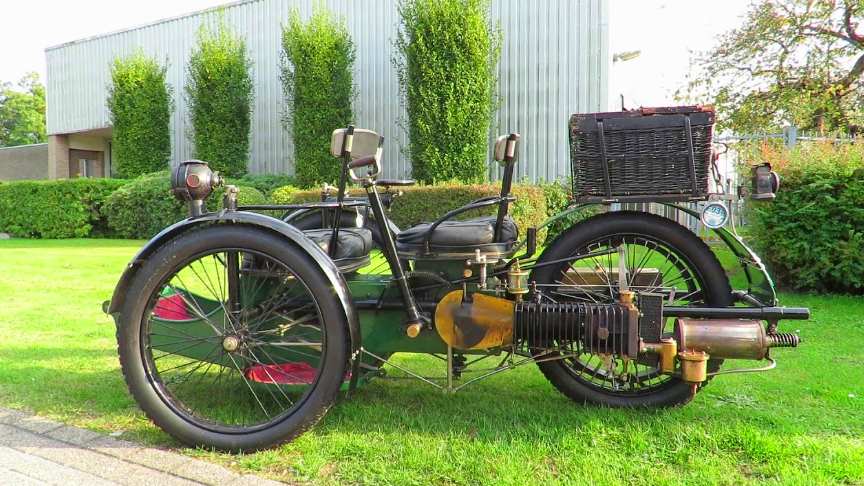 In 1895 he presented a small three-wheeled petrol car that he named “Voiturette”.It was powered by an air-cooled, single cylinder 650cc (3hp) engine with bore x stroke of 75 x 145 mm and employed hot-tube ignition and three forward gears.

The Voiturette was at the time the fastest petrol-engined vehicle on the road.It had a tubular frame with a steel footwell at the front to protect the passenger’s feet from puddles on the road and the driver sat at the rear.

This was a practical layout because he could then communicate with his (lady)passenger and still have his eyes on the road.The Voiturette sold well and several hundreds were made for Léon Bollée by Hurtu & Diligeon in Albert; only the prototypes were made at the Le Mans Bollée factory.via/read more: yesterdaysnl