A screw-propelled vehicle is a land or amphibious vehicle designed to cope with difficult snow and ice or mud and swamp. Such vehicles are distinguished by being moved by the rotation of one or more auger-like cylinders fitted with a helical flange that engages with the medium through or over which the vehicle is moving. 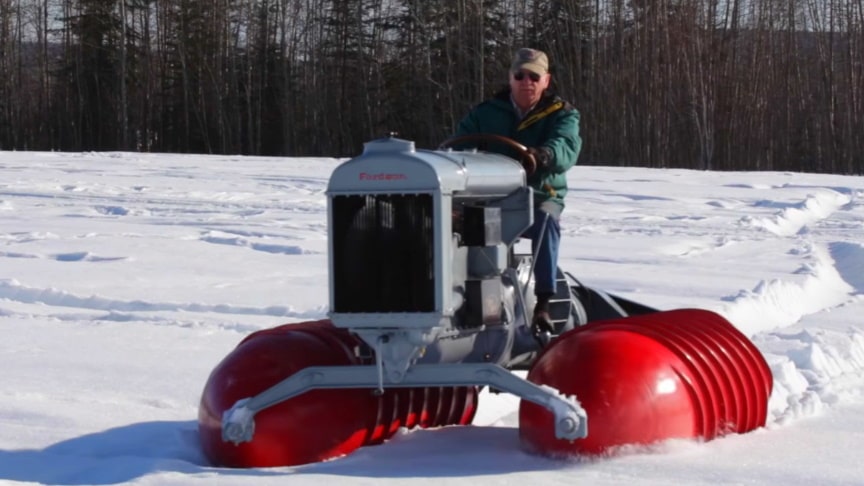 In the 1920s the Armstead Snow Motor was developed. This was used to convert a Fordson tractor into a screw-propelled vehicle with a single pair of cylinders. Fountainhead Antique Auto Museum has the only operational Fordson Snow Tractor in the world. Recently restored in Fairbanks, Alaska.

A machine used in the Truckee,CA area was referred to by locals as the “Snow Devil” and that name has been erroneously attached to these machines, although no known advertising of the time referred to them as such.

It is basically a Fordson tractor (built by the Ford Motor Company) with the wheels removed, and two large torpedo-shaped screws attached. The screws, which were counter-rotating and controlled by separate clutches, propelled the tractor across snow and ice.Top speed is reported to be 8 mph but the device can tow 20 tons of logs out of the forest./wikipedia