This rare piece from the pioneer brand Göricke is now a one-off. The motorcycle was restored some time ago and is equipped with a brass Amal carburettor, Mühle speedometer, Bosch lighting system, Hella horn, reserve fuel tank and a Wittkop driver and pillion seat. 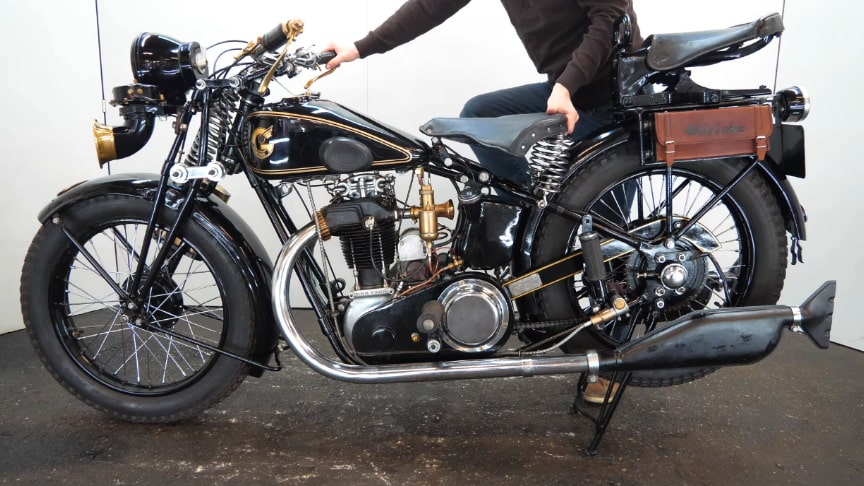 Göricke is a German historic motorcycle brand.The company name was: Görickewerke AG, later Görickewerke, Nippel & Co and Görickewerke (Panthergruppe), Bielefeld. This August Göricke factory was famous for its sports bicycles, but as early as 1903 it produced its first motorcycles with single-cylinder engines and V-twins.

The first models had single-cylinder engines purchased from Veuve (widow) Antoine Fils & Cie in Liège-Tilff. They were developed by the famous constructor Paul Kelecom and available in 2½ and 3hp versions. It is not known how long this production lasted, but it is certain that it lay still for some time.

She only started again at the end of the 1920s. Now they bought 346cc and 496cc built-in engines from MAG, Blackburne and Sturmey-Archer. Later models with Villiers blocks followed. In 1932 Göricke stopped producing motorcycles again, but after 1945 small motorcycles from 98 to 198 cc with Sachs and ILO engines were again made. Later the company concentrated on the production of mopeds. Production was finally ended around 1960./classic-motorcycle.com