In this video project youtuber Maker B is building a 4-cylinder design in a boxer configuration. Produced with basic hand-operated machine tools.The Solenoid Boxer 4 Engine is an electromagnetic device which pulls the piston into the cylinder, using the electromagnetic force to turn a crankshaft. 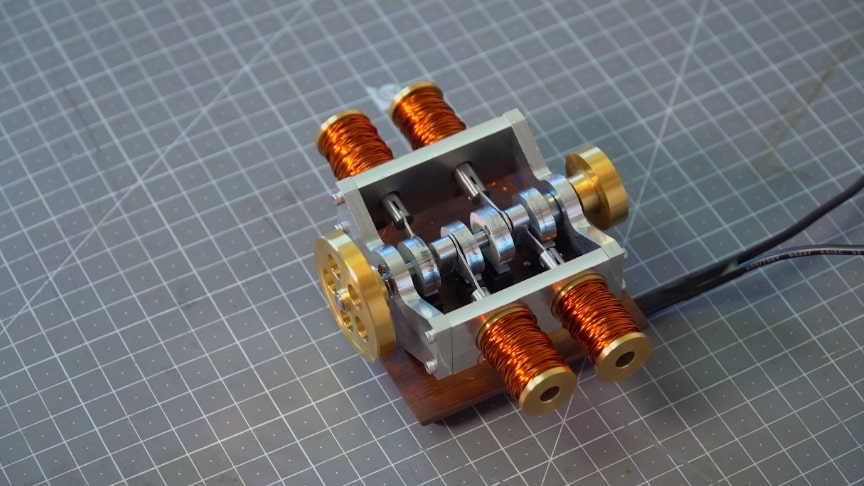 The principle of the solenoid engine is simple. Cylinders are wound with coils to act as solenoids, with the piston acting as the armature. “In this video I’m making a 4 cylinder solenoid boxer engine.”

When the solenoid is energised, it pulls the piston into the cylinder. The solenoid is then de-energised, and the piston can return to its initial position. The piston is coupled to a crankshaft via a connecting rod, and a flywheel is used to help the motor run continually. These are also known as reciprocating electric motors.

A solenoid is a type of electromagnet formed by a helical coil of wire whose length is substantially greater than its diameter,which generates a controlled magnetic field. The coil can produce a uniform magnetic field in a volume of space when an electric current is passed through it./Maker B