Herni Dresch was the founder of this make and produced motorcycles from 1923 till 1948. Till 1928 he was involved with the make “ le Grimpeur” (“ the climbing bird “) and from 1928 he built machines under his own name. 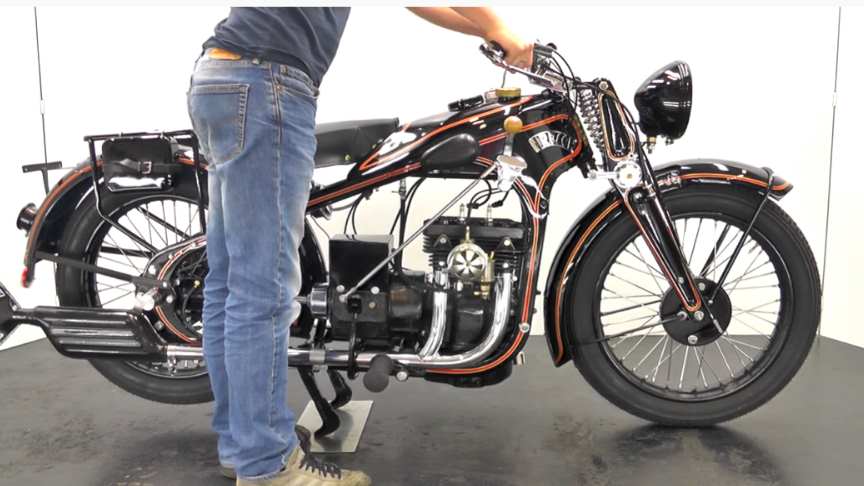 The model Monobloc was very popular of the Parisian gendarmerie. The civilian motorcycle enthusiast like also this bikes as well. The model “P.S.” was the smallest and the “Monobloc” was the top model of the Dresch range.

The typical feature of this model are the pressed steel front forks, the shaft drive and the exceptional frame layout. The engine produced 14hp and transmit it´s power with the 3 speed gear box to the rear wheel. Dresch produced this model from 1930 till 1938.This bike has been restored and is full equipped with a full electrical lighting system.