THE Helicron was constructed in France in 1932 but was rediscovered in a barn in 2000, having been abandoned there by its original owner. 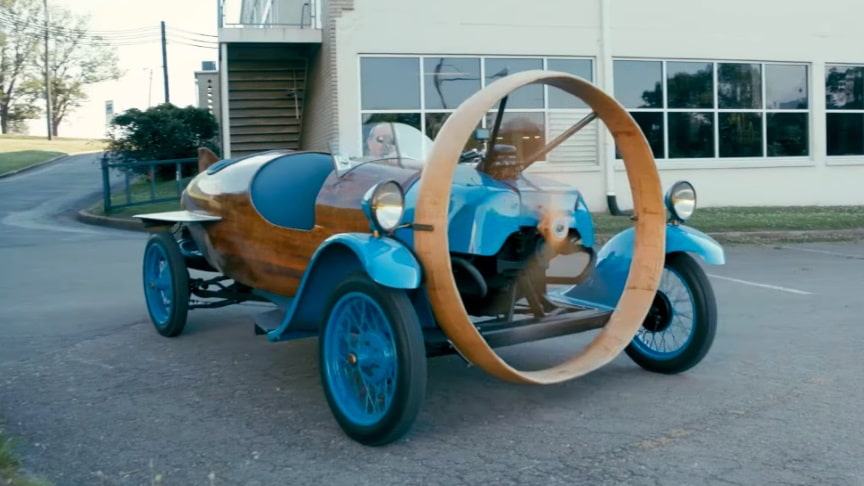 Found in terrible condition, it’s now been restored with as many original parts plus a modern Citroen GS engine.

The one-of-a-kind propeller-driven car is 14ft in length with a 4ft propeller. David, from Tennessee, told Ridiculous Rides that “some people find it frightening, other people find it fascinating.

It’s a very special car to drive” and “you’ll never see another one on the road”. The car is hard to miss as it is as “loud as a small aeroplane” and “steers like a boat or a forklift”.//Barcroft Cars