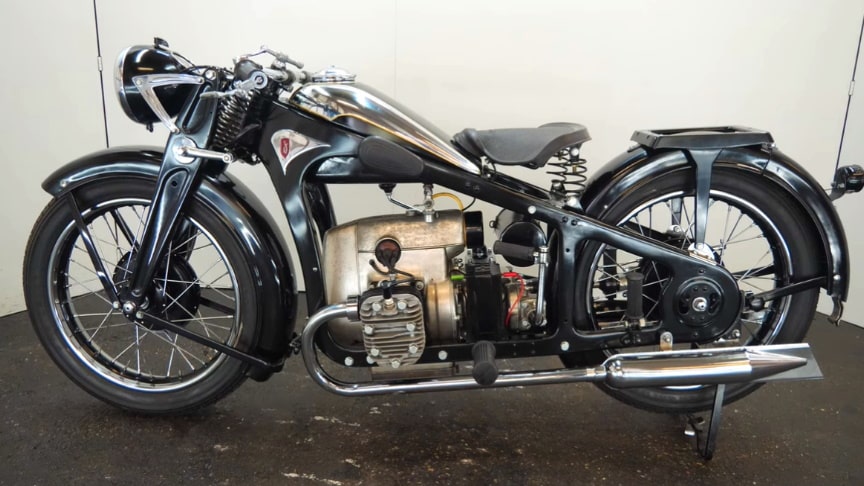 The new Zündapp range was an enormous success, and in September 1933 the firm produced its 100,000th machine, quite an achievement after little more than a decade as a motorcycle manufacturer. This well-designed transverse twin bike has been restored to a highest standard with great details and many of love. She runs lovely like clockwork.//classic-motorcycle.com