With a boiler pressure of 250 pounds per square inch (the same as a steam locomotive and five times as much as petrol lorries), the Sentinel Steam Waggon was well and truly the ‘go to vehicle’ for the construction industry. Unlike conventional lorries, driving a Steam Waggon involved a baking hot fire in the cab – important to be kept constantly burning by shovelling in coal (as taken care of by the stoker). 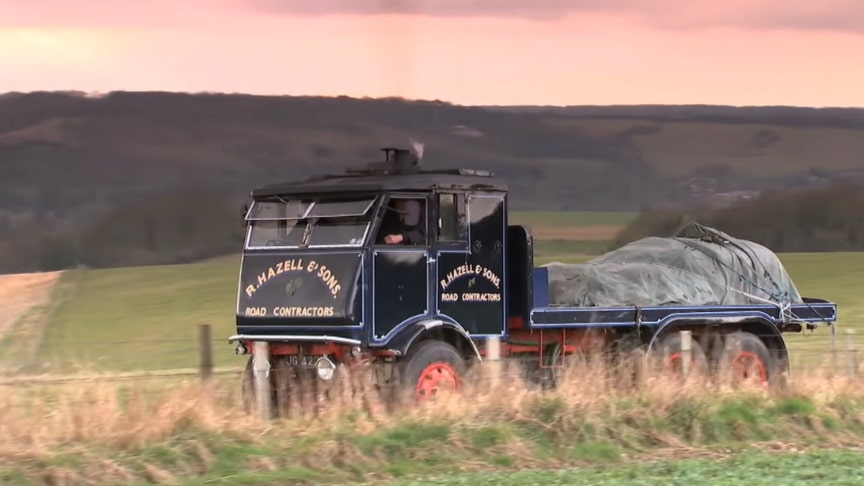 The vehicle would typically travel at around 50 mph a day for up to 100 miles, which would use a vast quantity of water in order to produce the necessary amount of steam. Extra water could be derived from nearby ponds and streams and sucked up with a hose – although in extreme circumstances the driver would need to seek alternate sources of water.

What makes it great… The sheer amount of steam power meant the Sentinel was perfect for carrying large loads at impressive speeds – ideal for construction and engineering.

Time Warp… The Sentinel Steam Waggon was one of the first steam powered road vehicles, first released to the public in 1934.This film features Chris Barrie taking a ride in a signature Sentinel S4.//source/image