A 1940 Ford Hot Rod I found at the 2018 Detroit Autorama…Built by Bruce Harvey Pro Comp Custom the paint will be the first thing that would draw your attention to it…It looks like bare metal.But it’s not.It has a “put on with a brush” look to it.But it’s not.What it is.Crazy cool!!.The shading is mesmerizing. 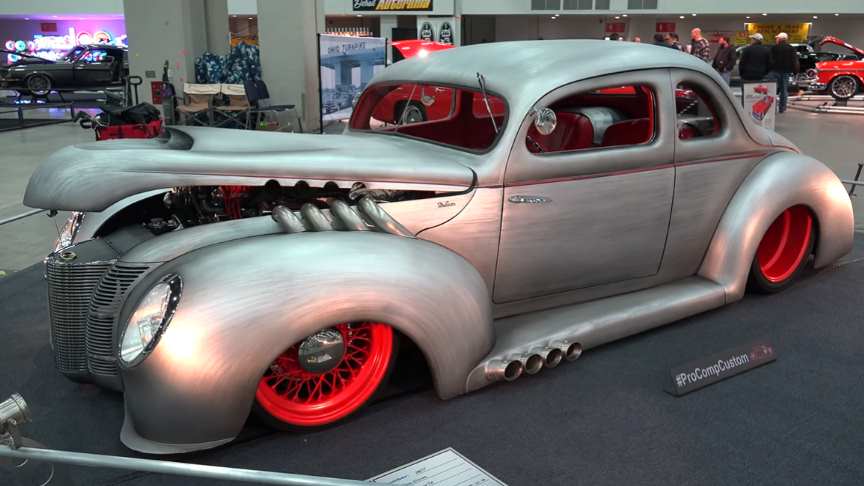 This car is no were near the size of a stock 1940 Ford.But you have to look close to notice..,The other cool feature that jumps out at you..Is the exhaust coming out of the hood and running through the fender and coming out the running board.

Is that real!?!?!.Yes.This build is one of those that will have you smiling for a long time and will amaze you along the way.Very cool build for sure.via/read more: ScottieDTV