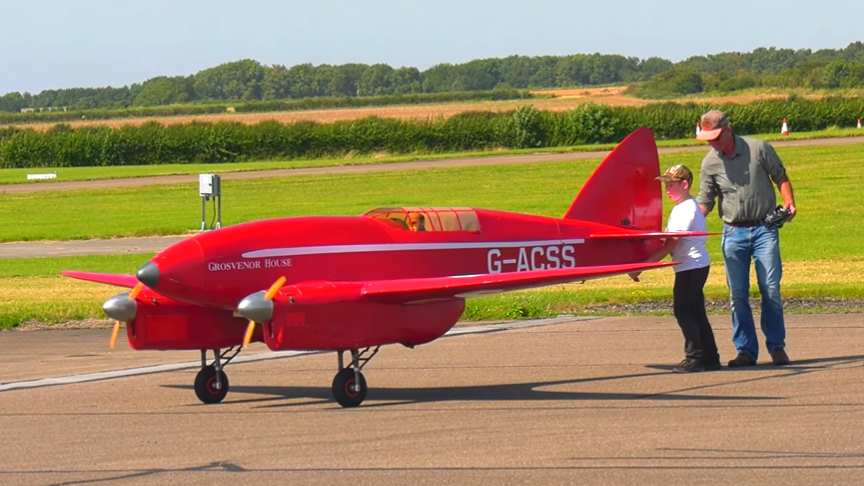 This model is powered by 2 Zenoah 74s. and in total it cost Steve £5000 in materials to build it. The airplane has a wingspan of 22ft, a lenght of 14.6 ft, a height of 5ft and is powered by two two Zenoah Z74 twins with trumpets gasoline engines./Essential RC

The de Havilland DH.88 Comet is a British two-seat, twin-engined aircraft built by the de Havilland Aircraft Company. It was developed specifically to participate in the 1934 England-Australia MacRobertson Air Race from the United Kingdom to Australia.

Development of the DH.88 Comet was initiated at the behest of British aviation pioneer Geoffrey de Havilland, along with the support of de Havilland’s board, being keen to garner prestige from producing the victorious aircraft as well as to gain from the research involved in producing it.via/read more: Essential RC