In this video from the 2021 SEMA Show held in Las Vegas NV, I found this what I believe to be a 1946 Chevrolet Tow Truck Done in a Rat Rod..Hot Rod style that caught my eye. 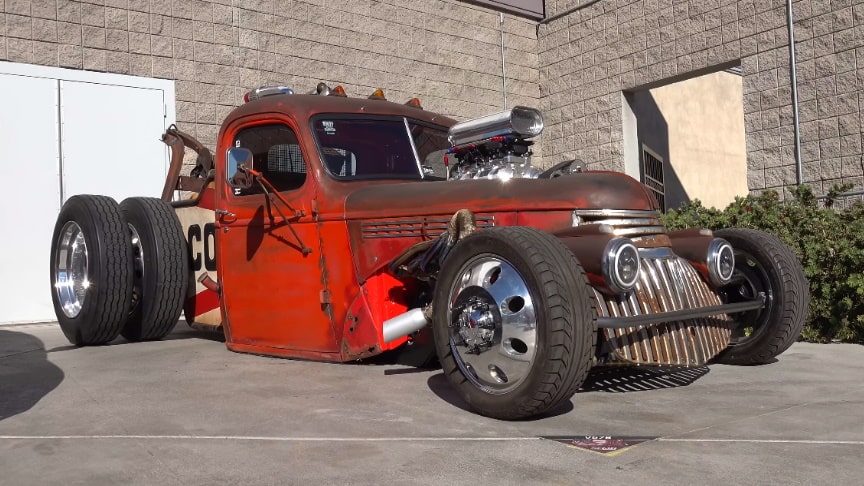 I tried several times to find someone around it during the week and never was able to, So the video is lacking interior shots and much knowledge of what powers it or what the thought process was that made it happen.

What paint is still on it is red.The rest is rust.Not wholes.Just the cool surface type! The side of the tow truck part is made of some old Texaco signs.The semi wheels really enhances the cartoon look this 1946 Chevrolet Hot Rod Tow Truck from the 2021 SEMA Show has.

From what I could see the interior looked comfortable.But not over done.That’s what I really dig about this Rat Rod Tow Truck.It’s not overdone.It doesn’t have anything that doesn’t need to be there.Just a very cool old school Hot Rod..Rat Rod look.I’m a fan and I am sure You will be to.A 1946 Chevrolet Rat Rod..Hot Rod Tow Truck from the 2021 SEMA Show./ScottieDTV