This machine runs very smoothly like a sewing machine. It starts easy and the sound of the 4 cylinders in-line engine is amazing.The result of diversification by the Danish vacuum cleaner manufacturer, Fisker & Nielsen, the Nimbus motorcycle first appeared in 1919. Unusually, only inline four-cylinder models were built. 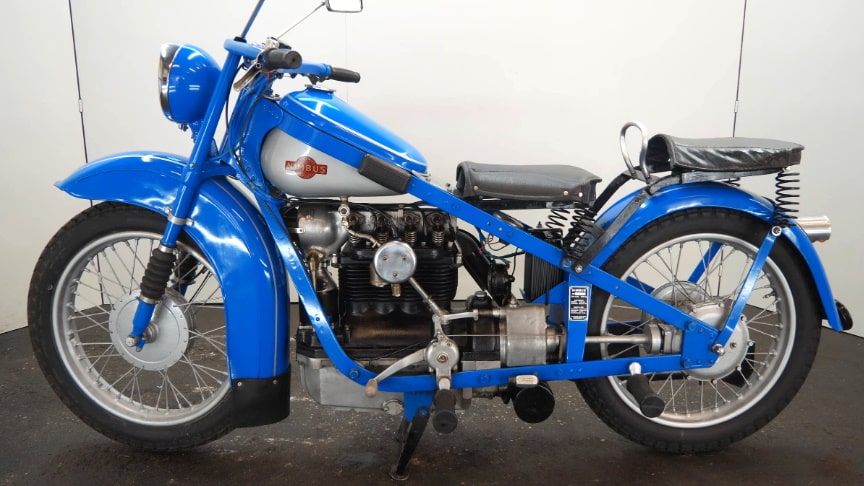 These were of advanced design, using shaft final drive and pressed steel frames right from the start of production, and pioneered the use of the telescopic front fork in the mid-1930s.

Nimbus was ahead of its time in many ways, introducing its first telescopic front fork in 1934 and adopting closed-circuit crankcase ventilation many years before the automobile industry.

From then onwards the Nimbus changed little until series production was ended in 1954, once again to free up resources for the vacuum cleaner business. An additional few machines were assembled from spares between 1954 and 1959 but none have been made since then. Production was always on a limited scale, but such is the quality of the Nimbus that many remain in service today./classic-motorcycle.com