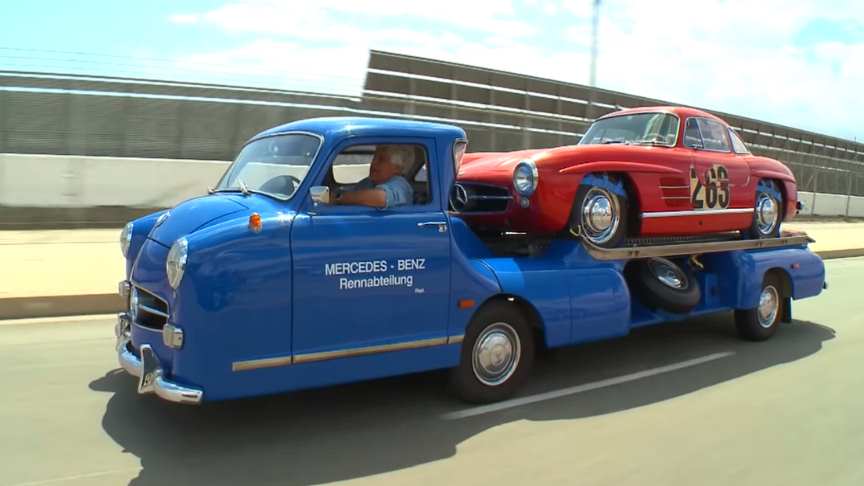 The racing department used the transporter, also called the “Blue Wonder”, to chauffeur its racing cars in 1955 – at speeds of up to 106 mph.Jay Leno’s Garage

As the original no longer exists, the vehicle was completely reconstructed with the help of documents from the archives, Jay’s replica isn’t bolt-for-bolt accurate—it uses a 1980s Mercedes truck driveline.

At seven metres long and two metres wide Blue Wonder was much smaller than most trucks. This enabled it to travel along minor roads and those with low bridges normally inaccessible to race car transporters. It was painted in hallmark Mercedes-Benz Royal Blue.