This Triumph is presented in authentic condition and runs very well.One thinks of Triumphs as the quintessential British motorcycle, but the firm was actually founded by a German. 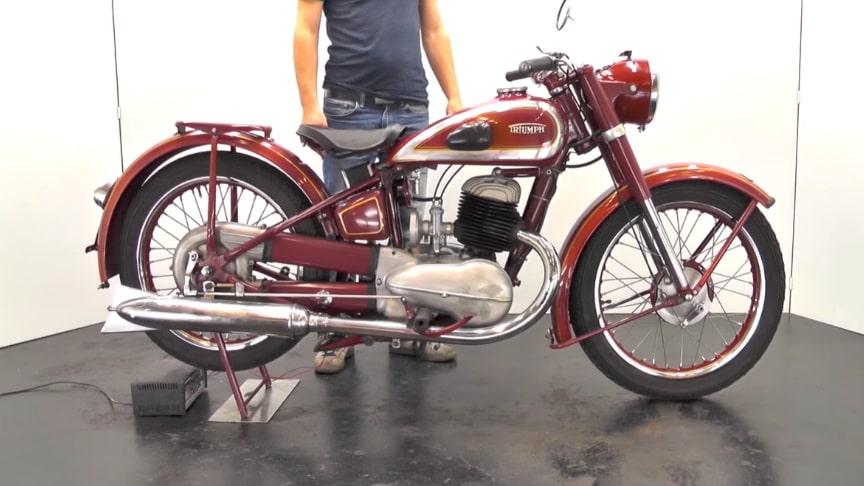 Seigfried Bettmann immigrated to Coventry in 1884 and began manufacturing bicycles in both England and Germany. Shortly after the turn of the century, he turned his attention to motorcycles and these were also made in both countries.

With the advent of the Great Depression, Triumph, now in both the motorcycle and car business, spun off the German subsidiary. It became part of Adler-Triumph, another auto and motorcycle maker. The TWN motorcycle marque lived on until 1957.