The Lambretta Model D was a scooter produced by Lambretta as a direct replacement for the Model C. The Model D was the first Innocenti scooter to be manufactured outside of Italy as the licence was sold in Europe, Asia and South America. 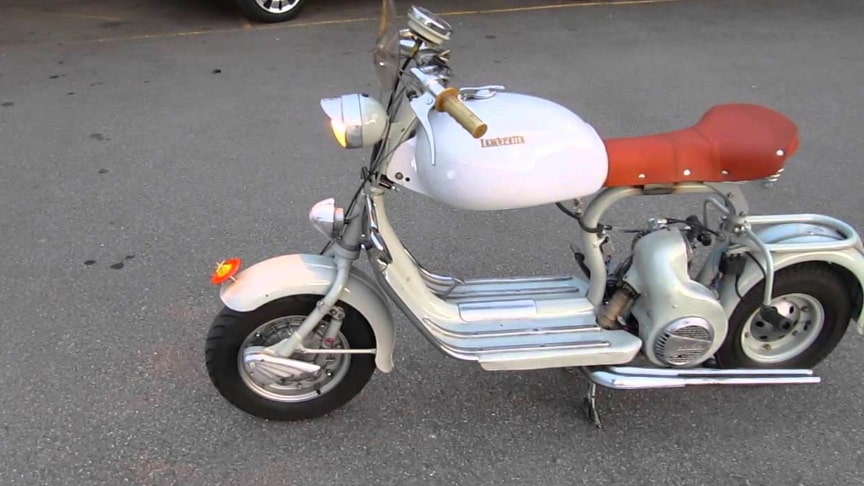 The Model D had a revised steel tubular frame that had been lengthened to make way for new suspension and other small updates.The front suspension tubes were fully enclosed to hide the spring suspension and hermetically sealed in oil to protect from corrosion.

Rear suspension was provided by torsion bar that attached to the engine and frame with the engine pivoted at the front and being used as a swing arm.The 123cc engine and transmission was upgraded and simplified in an attempt to improve reliability as well as improving the ride of the scooter.

The top end kept the same construction with the cylinder made of cast iron and head aluminium but the cooling system was enlarged to make the bike more reliable in heat and under strain.[3] The new Carburetor was a Dell’Orto MA18. The transmission provided by a 3-speed gearbox and was shaft driven. The exhaust was revised to reduce noise and vibration. In 1954 due to demand from the public, for a larger engine, the Model D150 was announced with a 148cc engine.