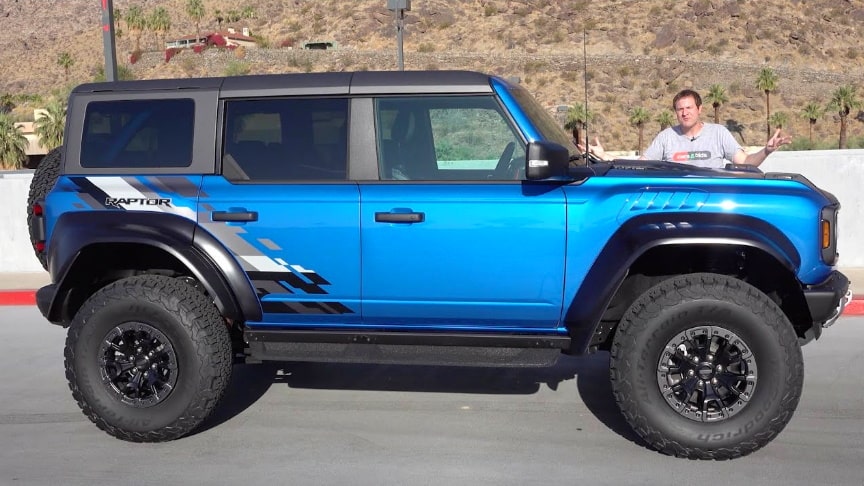 Today I’m reviewing the Ford Bronco Raptor, and I’ll show you all the quirks and features of the Bronco Raptor. I’m also going to drive the new Bronco Raptor and show you what it’s like behind the wheel.

The new Ford Bronco is already categorised as one of the most off-road-capable production cars ever.It is powered by a twin-turbo 3.0-liter EcoBoost V6 petrol engine rated at 392 hp (292 kW; 397 PS) and paired with a 10-speed automatic transmission.

The Bronco Raptor is equipped with a unique grille, tail lights, and triple marker lights in the front and the rear. It rides on 37-inch KO2, beadlock-capable all-terrain tires. The overall look of the Bronco Raptor is much more aggressive and powerful than the standard models.//Doug DeMuro