The Messerschmitt KR200, or Kabinenroller (Cabin Scooter), is a three-wheeled bubble car designed by the aircraft engineer Fritz Fend and produced in the factory of the German aircraft manufacturer Messerschmitt from 1955 until 1964. 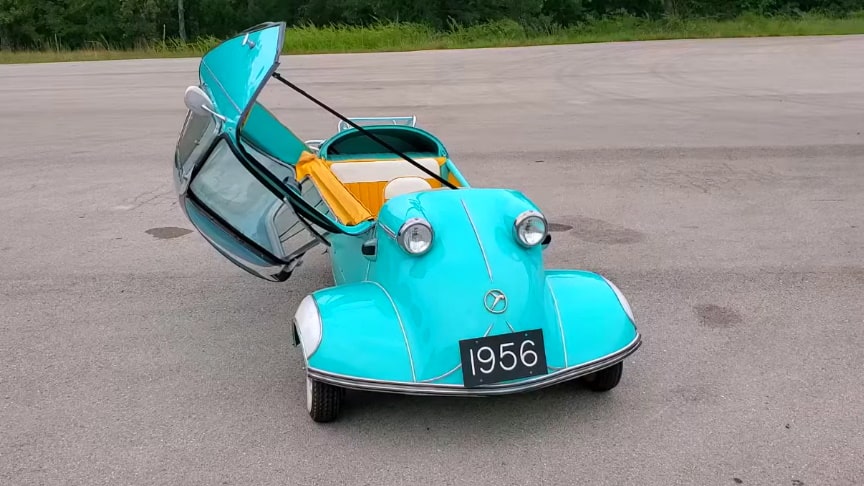 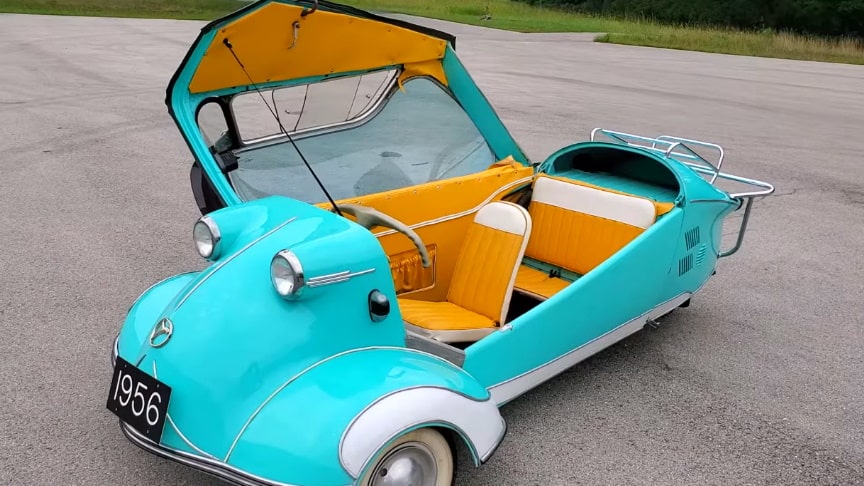 The engine had two sets of contact breaker points and, to reverse, the engine was stopped and then restarted, going backwards. Apart from the dual-mode ignition, the KR200 had a steering bar reminiscent of that of an aircraft.

To steer the KR200, the driver would swivel the steering bar about its axis from the horizontal position instead of rotating it as with a conventional steering wheel.The mechanism was connected directly to the track rods of the front wheels, providing an extremely direct response best suited to small amounts of movement,unlike other common steering mechanisms which involved reduction gearing.

The gearshift lever had a secondary lever on it which, when actuated, would put the car in neutral regardless of what gear it had been in before, although the transmission would have to be shifted back to first before the car would be able to move from a standstill.Unlike the KR175, the KR200 had a full set of pedals: clutch, brake, and accelerator. The brake pedal still operated mechanical brakes using cables./wikipedia