The Continental Mark V was the last model from the luxury brand Continental, which was part of the Ford Group until mid-1960 .This barn find, rare four door sedan ’60 Lincoln Continental Mark V hasn’t seen the light of day since 1970. It’s a time capsule on wheels! This gem was saved after being stuck in the back of a garage for over 40 years. 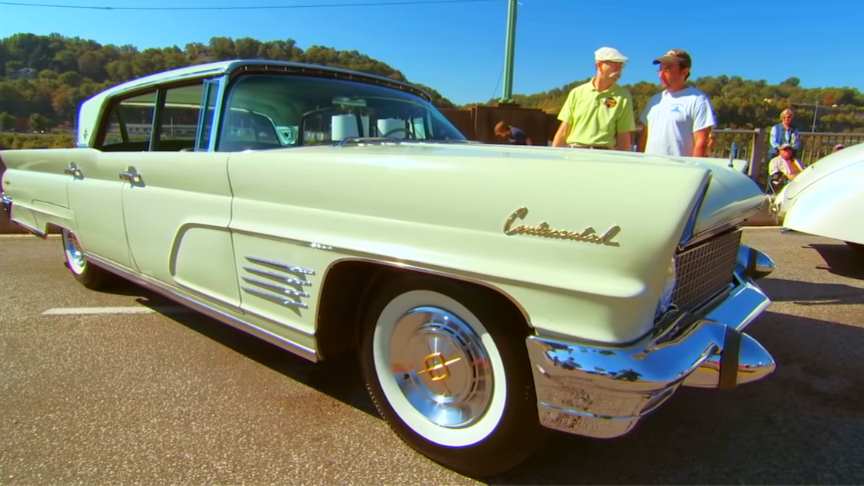 It’s a 50+ year old American classic with under 10k miles on it! The paint holds a lovely shine, while the panels look as straight as an arrow. The chrome and trim are in good order for a survivor-grade car, and there appears to be nothing missing.Watch the video from MyClassicCarTV for more info:

In order to achieve an even smoother running, the engine compression has been reduced to 10: 1 and the air filter has been revised.

The engine mount has also been changed and fuel consumption has been reduced somewhat by switching to a double carburetor.The fact that this reduced the output to 315 bhp (234.9 kW) was compensated for by an optionally available, more powerful motor.//wikipedia