Check out this video of a very cool 1964 Buick Riviera I found at the 2019 SEMA Show.It was love at first sight.Covered in maroon paint that still looked wet and they left all the factory trim and bright work. 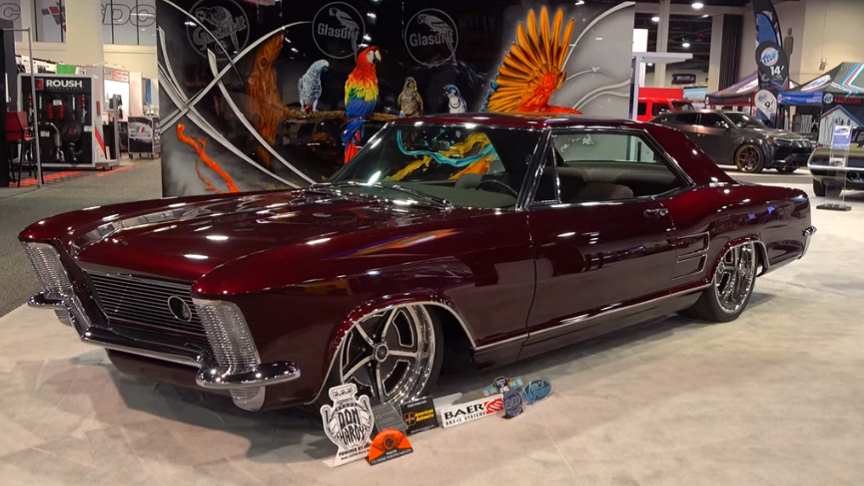 These cars were cool from the factory so I don’t think they made any body modification but they did get the fit and finish to a whole lot higher level than a 1964 Buick Riviera would have came from the factory.The interior is all custom and fits the build perfectly.

They made some changes but didn’t lose any of the cool from 1964.Wheels are always a personal choice.These are custom but still look like something You could have got from Buick from back in 1964.Just much cooler.I believe it is a LS under the hood that they made resemble a the nail head from back in the day.

Stance is king and they have this 1964 Buick Riviera from the 2019 SEMA Show setting just right.I wouldn’t change a thing on this one.There has been some changes made from what Buick would have sent back in the day.But they didn’t lose any of the cool of a 64 Riviera.One cool build for sure.//ScottieDTV