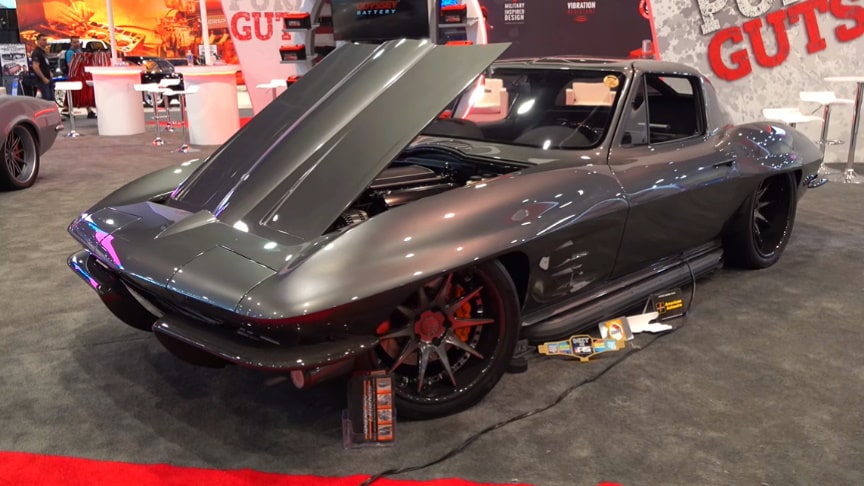 Including this 1964 Split Window Chevrolet Corvette.This Corvette has not lost any of the cool from the 1960’s and now has some very nice modern touches.The body has been modified is several places but nothing that really jumps out at you.It looks like a 1963 Split Window Chevrolet Corvette.Just a more modern look.It’s covered in a Medium/Dark grey paint that looks like it is still wet.

Wheels are always a personal choice and no one set will please everyone.The slightly larger. more aggressive wheels they chose for this 1964 Corvette from the 2019 SEMA Show work well for me.I’m not always a fan of side pipes but I think they work well on this build..The interior is all custom leaning towards a more aggressive street machine look.

But again.They didn’t lose any of the cool from 1960’s.Or that iconic dash.Under the hood has been upgraded to a more modern Chevrolet Engine.Much cleaner than stock.Very nice with plenty of horsepower to get this 1964 Chevrolet Corvette from the 2019 SEMA Show down the road.This car was built to a high standard but you can see it was also built to drive.I thought it was cool.I’m sure You will too.// ScottieDTV