The 1966 Dodge Charger Super Charged!.Debuted at the 2018 GoodGuy’s PPG Nationals Street Machine of the year competition it drew a BIG crowd for sure.This 66 Charger has been in the same family since it was bought new by Grandma back in 1966. As they say.This ant Granny’s Charger anymore.Custom from the front to the back.Some of it you will spot. 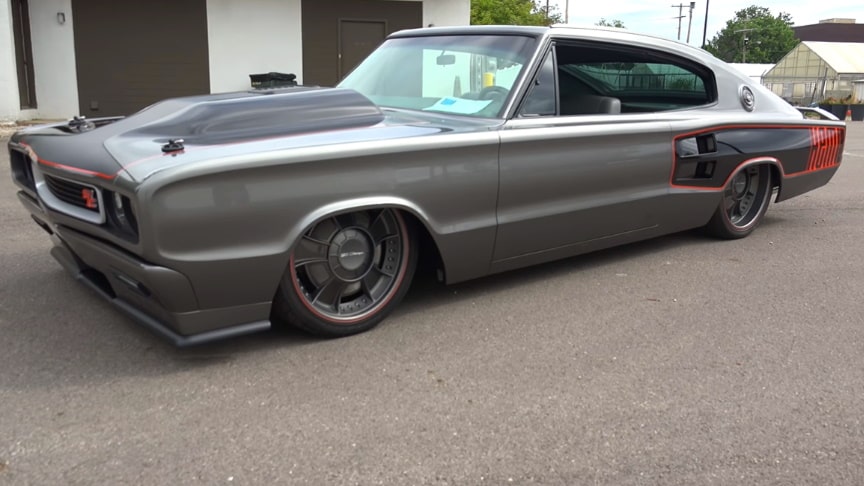 Some of it you will have to know what your looking at to spot.The HEMI billboards on the back fenders refer to the all aluminum Supercharged 440 HEMI under the all custom hood.Behind the custom fascia.In the all custom Engine compartment.lol.Like I said this is all custom The all custom interior works well with this build.One has to be careful when they customize a iconic design like the fastback swoop of the 1966 Dodge Charger.

One other thing about this all custom 1966 Dodge Charger.The only time it was out of the families control during it’s whole life?.Is while it was a stolen car.Recovered years after it was taken when someone tried to register it.lol.There is a lot to this 66 Dodge Charger.”Super Charged”.Built to drive. Cool to see for sure.Great history.//ScottieDTV