In this video I stop by Rutterz Rodz while out on the ScottieDTV You Can’t Cancel Cool Road Tour 2020 and checked out a 1966 Dodge Charger they had finished up just before The SEMA Show 2019. Rutterz Rodz in Bristol Tennessee is a shop that sure knows cool.This 1966 Dodge Charger is covered in a bronze color that it wears really well. 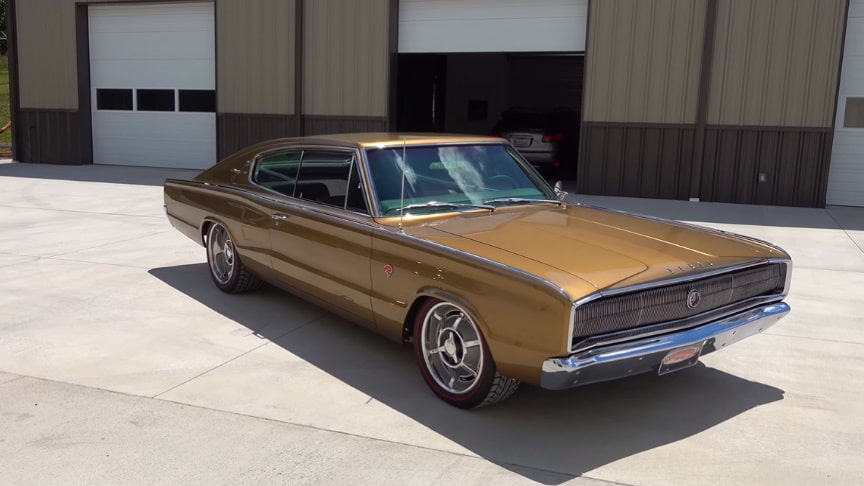 Bronze is not always a color you would consider painting a Hot Rod but in 1966 these colors were popular and Mike tells Me that they originally were going to paint it black but that they had the opportunity to display the car at the 2020 SEMA Show if they would paint it Axalta’s color of the year.

I think it was a good decision!!.The interior is all custom but the 1966 Charger had some cool features from the factory and they left all of those. A cool mix of modern and original. Wheels are always a personal choice and no one set will please everyone.I really dig the one off custom one they designed.

They look like a hubcap from back in the day.But they are a aluminum wheel.Not a cap.A very cool touch!!.Under the hood Rutterz Rodz shoehorned the modern Hellcat power plant.Plenty of power to turn the rear tires over.This 1966 Dodge Charger from Rutterz Rodz is one cool Hot Rod for sure!!.I think You will dig it as much as I do.ScottieDTV