IN JUST over two years, a car fanatic customised his 1967 Ford Econoline Falcon Club Wagon to an ultimate low rider. Gary, from Millbrae, California, has custom-built nearly every aspect of his van; lowering the suspension, upgrading the engine and creating a mind-blowing custom paint job. 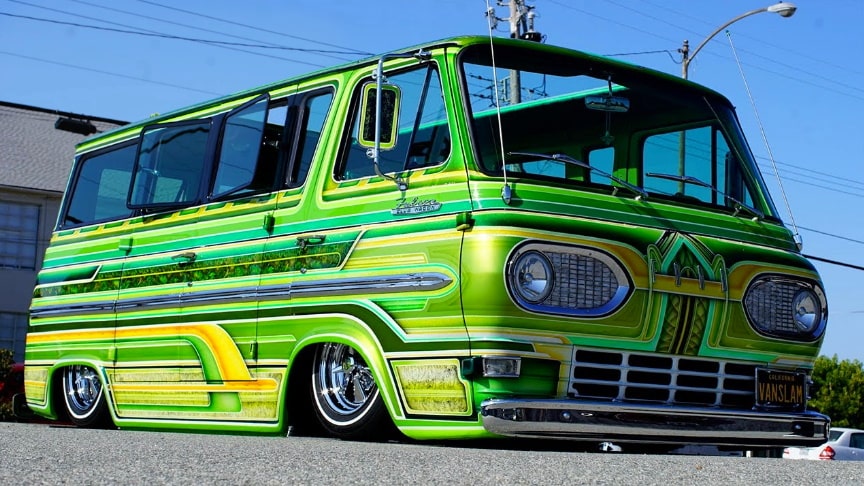 The car has a chevy 4.8L engine, measures 5ft, has 300 horsepower, 6-speed automatic transmission and could reach a top speed of 120 mph. The car is so impressive that it turns heads wherever Gary drives it and has won numerous awards at car shows.

Gary dates his obsession with classic rides to the time he helped his grandad work on an Impala as a kid: “New cars do nothing for me. Older ‘50s, ‘60s, ‘70s cars, they all were unique.

They all had their own flair and they said a lot about a person.” He added: “Lowriding to me is very unique, very personal. Some say you can’t build a low rider out of a van. I say, ‘Watch me’.”