When I say American Concorde, you think of the Boeing 2707. But another design almost won the government contract, the Lockheed L-2000.It was cheaper and easier to build and had it been put into production, its possible it would have made it to the market and still be flying today. Let’s explore the could have been world of the L-2000. 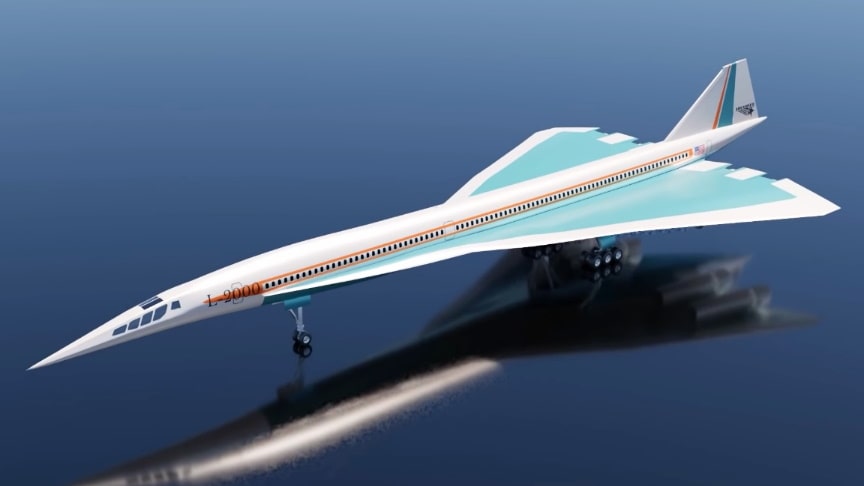 Lockheed had been working on a SST design since 1958, before the contest, with a creation that could fly-cruise speeds of around 2,000 miles per hour (3,200 km/h) with takeoff and landing speeds just like a normal plane as to avoid the noise landing problem. The plane originally had a straight wing-like of the F-104 Starfighter, but during wind tunnel tests it ended up causing issues with drag and the center of the plane of pressure.

By 1963 and five years of research, Lockheed had shifted the leading edge of the wing forward, removing the canards and moving the engines from within the plane to under the wing.This final design was called the L-2000-1 and was 223 feet (70 meters) long, and a narrowbody fulsage of only 132 inches wide, or 335 cm. This would mean that the passengers would sit in a 2-3 configuration in economy, or 2-2- in first class, for a total of 170 passengers, or up to 200 if all economy.

The plane would also try to tackle the problem of sonic booms. The L-2000-1 would break the barrier at 42,000 feet (12,800 m) altitude, rather than 30,000 feet (9,144 meters), making the effect less noticeable on the ground. The plane would then climb to a shockingly high cruising altitude of 76,500 ft (23,317 m) at Mach 3.0 for the journey. This would make it perfect for a domestic route of New York to Miami over the ocean, or competing against the Concorde to Europe….via/read more: Found And Explained