Not much action going on in this video but I still wanted to share it with you. It’s about the Lamborghini Marzal, a true four-seater car designed in 1967 by Marcello Gandini of Bertone in order to expand Lamborghini’s production. It remained just a concept car but many ideas and its general shape were later used for the production Lamborghini Espada. 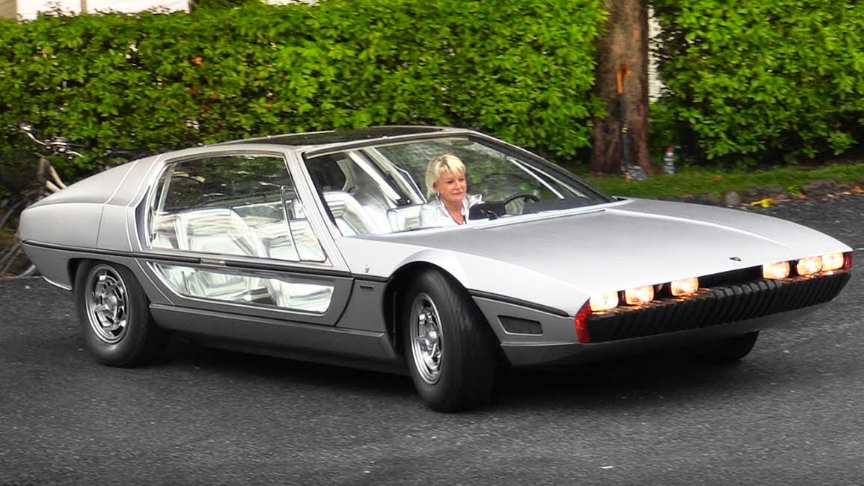 The panoramic, glazed cockpit gave it a very sci-fi look for a car of those years. The Marzal is fully functional and it’s powered by a rear and transversally mounted 2.0-liter in-line 6-cylinder engine (essentially the Miura’s 4.0 V12 split in a half) with around 175 hp and mated to a 5-speed transmission.//via/19Bozzy92

The car remained in Bertone’s museum until 2011, when it was put up for auction and sold for 1.5 million Euros. I recorded the Marzal during last year’s Concorso d’Eleganza of Villa d’Este, where it was entered in the “Daring to Dream: Concepts which rocked the Motoring World” class.

You can see some static scenes and details of the car and than have a glimpse of the engine note with some revs to warm it up and a couple of drving scenes./via/19Bozzy92