A 1967 Pontiac Firebird Street Machine I found at the 2018 GoodGuy’s PPG Nationals.Of course the color caught my eye first and then the great stance.But the closer I got to it I could tell that it was not only a really nice custom 1967 Pontiac Firebired..But it was built with a purpose. 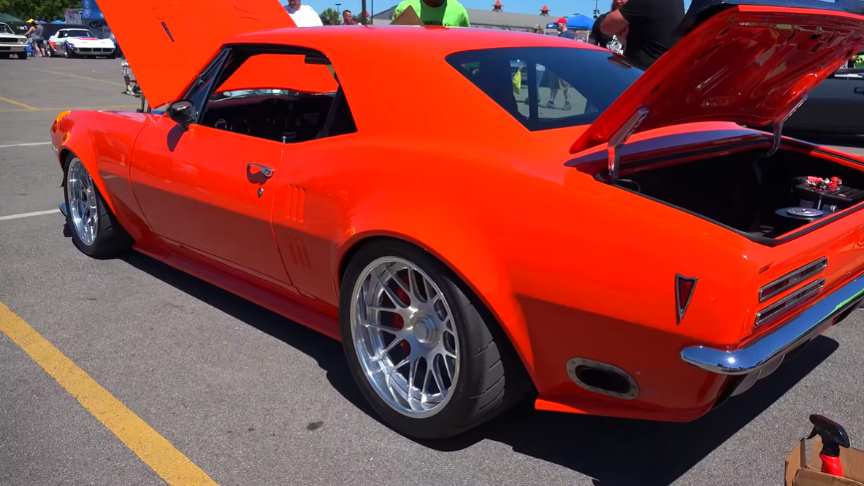 Supercharged Lingenfelter Performance Engineering LS under the hood was clue one!.1967 Pontiac Firebirds were cool cars from the factory.Like the first gen Camaro they don’t need many changes to make them cool.Just some performance issues addressed and couple of trick changes made here and there..And leave it be..Now don’t get me wrong.

This 1967 Pontiac Firebird is more than bright orange paint.There are several trick changes made to it…But nothing over the top.Nothing that takes away from the original cool of a 67 Firebird.Wheel choice is always a personal touch…But I dig the wheels.It’s a street beast.

So it’s low and wide.Just like I like them.Custom chin spoiler.The interior is custom.A mix of race level finish and show car finish.This is one cool 1967 Firebird Street Machine that I found at the 2018 GoodGuy’s PPG Nationals I hope you like it as much as I did…Check it out!!//ScottieDTV