In this video from PALS Classics in Knoxville TN, I stop by and see My Buddy Ace to see what they had cool for sale.What I found was this 1968 Chevrolet Chevelle Convertible SS 396. I think PALS in Knoxville is going to be a good source of cool. 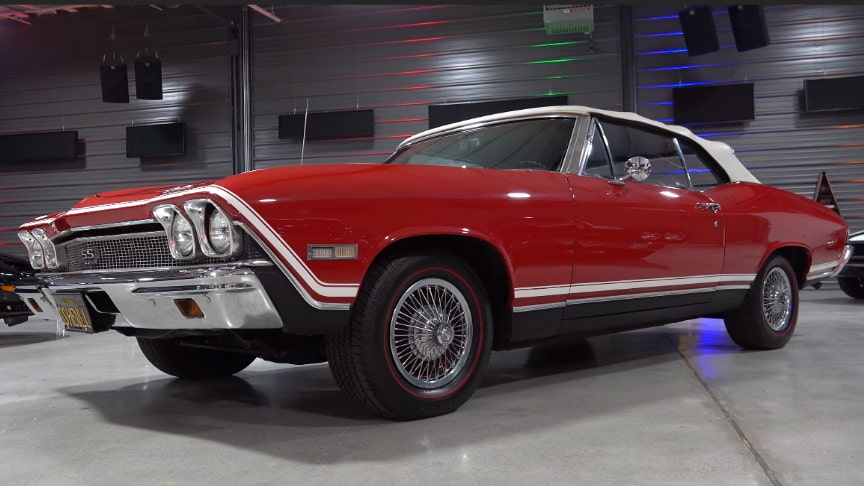 This 396 Chevelle Convertible is a numbers matching car. It’s covered in Cardinal Red with a white convertible top.A flashy color combo for sure.The interior is a slightly darker red and just like new..The wire wheels are a factory option available on the 1968 Chevrolet Chevelle Convertible SS 396 Car.

Ace tells Me that he has looked this 1968 SS Chevrolet Chevelle Convertible over closely and it’s a solid car.It was restored several years ago and has been taken very good care of since.Ace tells me this one is ready to cruise.//ScottieDTV