In this video from The SEMA Show 2022 held in Las Vegas NV, I catch up with this 1968 Dodge Charger Street Machine. This 1968 Dodge Charger is covered in Brandywine Kandy a deep shade of red that it wears well.The custom leather interior is a tan color with black inserts. It’s a more modern style interior than something that would have come in a 68 Charger back in the day, But not so modern it losses the cool of a 1968 Muscle Car. 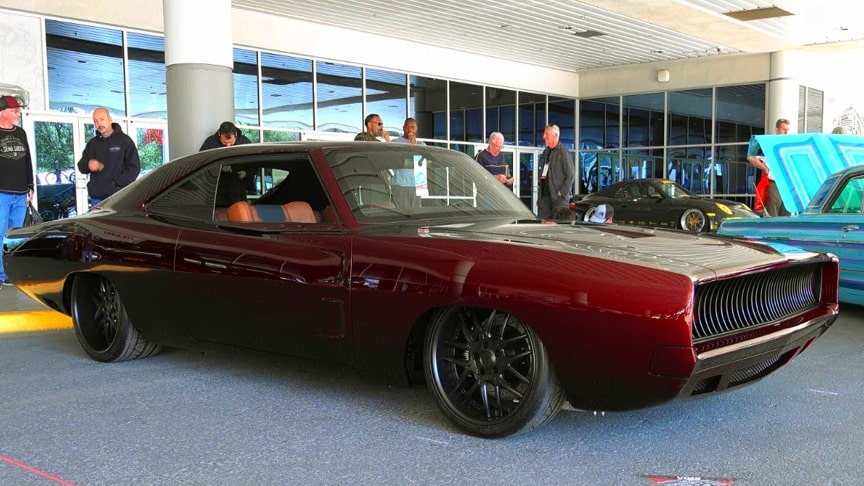 Wheels are always a personal choice and no one set will please everyone.The ones they chose to run on this 1968 Dodge Charger from The SEMA Show 2022 work well with the rest of the build. Under the custom hood is a cleanly installed Hellcat Crate Engine with a bunch of other custom work.

The Chassis, Suspension and brakes have all been upgraded to modern technology so this 1968 Dodge Charger should ride and drive like a modern car.