The other huge advantage of a nuclear tug, instead of putting a nuclear reactor in a plane like the C-5, was the problem of take-off power. By making the nuclear aircraft the tug instead of the mission aircraft, it would free up the C-5 Galaxy mission aircraft to carry only fuel for its take-off, climb, descent, and landing – plus a little for reserve. 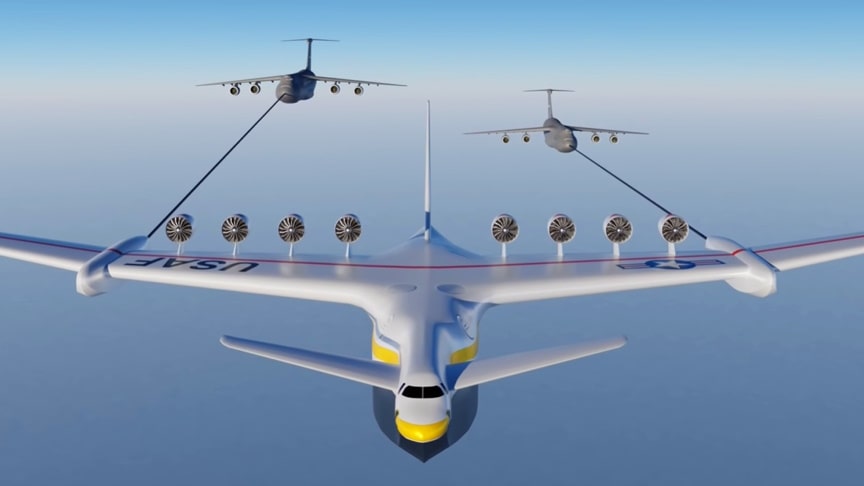 The nuclear-tug design shown here has a gross weight of 2 million pounds or 900,000 KG; of which, 40 percent would be the reactor. The plane would be a seaplane, giving it the flexibility to land at any port in the world, and would fly only over water. If it were to fly over land, the design would have to include protection for the reactor in the event of a crash, entailing a heavier weight penalty. By being a seaplane, the reactor shell could be much thinner. 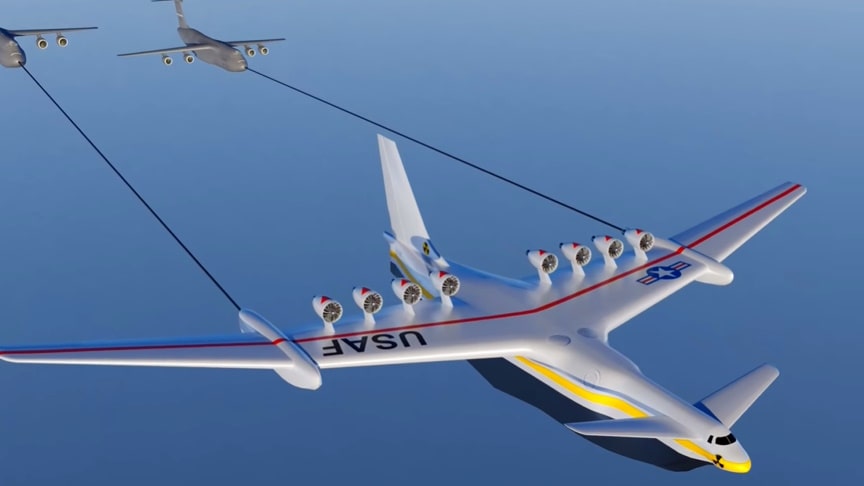 Once up in the air, the tug would be able to drag two Lockheed C-5 Galaxies over any ocean at cruise speeds. It would connect to them via long cable that would allow the C-5s to glide outside of the wake of the plane – something that would require complex wind tunnel studies, and tap into the power supply of the plane. Once arriving at the destination, the tug would disconnect and return home, with the C-5 galaxies full of fuel and ready to move onwards.

There was also a study into civil applications of this technology, to see if passengers would use the concept to cross between new york and London. In this case, it made economical sense for the tug to not land at either and simply drag the commercial planes, in this case, 747s, over the north Atlantic tracks two at a time, as long as crew replacement requirements would permit. The study concludes that while 747s would be good, a new aircraft would be required to truly take advantage of this concept.

This aircraft design was so powerful, it could drag two fully loaded c-5 galaxy aircraft around the world. It would allow unmatched military transportation and thanks to its nuclear reactor, would make jet fuel obsolete. This was the Lockheed Nuclear Tug and it planned to change aviation forever – but it was never built and today, all we know are rumors.