During the 2018 Imola Classic event by Peter Auto my friends Davide458Italia, Italiansupercarvideo and I recorded this special race car called Howmet TX. Built in 1968 it was powered by a mid-mounted, two-stage gas turbine engine from Continental Aviation which had originally been developed for use in military helicopters. 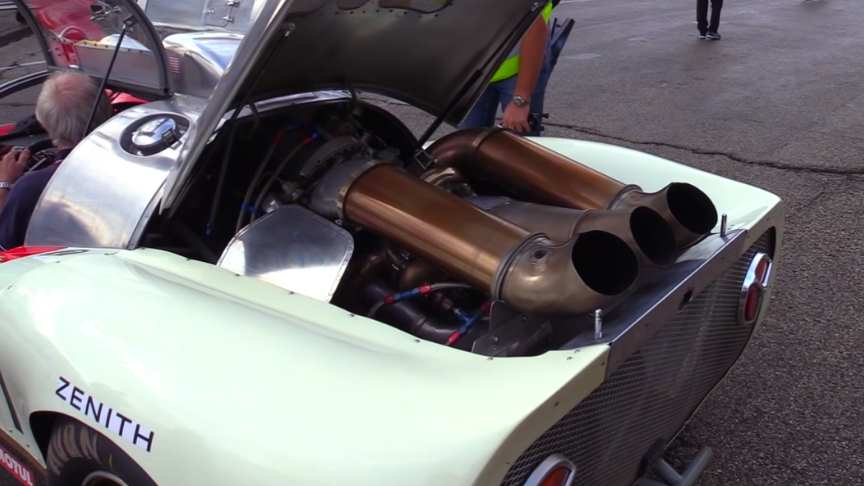 It was also the first turbine-powered car to win a race (two, to be precise).Using such a engine has led to solve some problems in the development phase such has the immense lag standard turbines have during accelerations plus even the deceleration wasn’t their best.

So two wastegates were added between the two turbines working in tune with the throttle: as more throttle was applied the wastegates closed gradually, feeding more and more gasses to the second turbine generating power.

On full “boost” engine was able to produce something like 300+ bhp.A great turbine advantage was the fact it didn’t require a standard gearbox, so a single one with just the forward gear was used, plus a quick-change differential that allowed to adapt the final drive ratio to each track.via/read more: 19Bozzy92