The Bell 206 it’s probably the most recognizable helicopter in the world.The Bell 206 is a two-bladed, single-engine helicopter, manufactured by Bell Helicopter.The JetRanger series has become the definitive turbine powered light utility and corporate helicopter of the past three decades. The JetRanger can trace its lineage back to an unsuccessful contender for a US Army competition for a light observation helicopter. 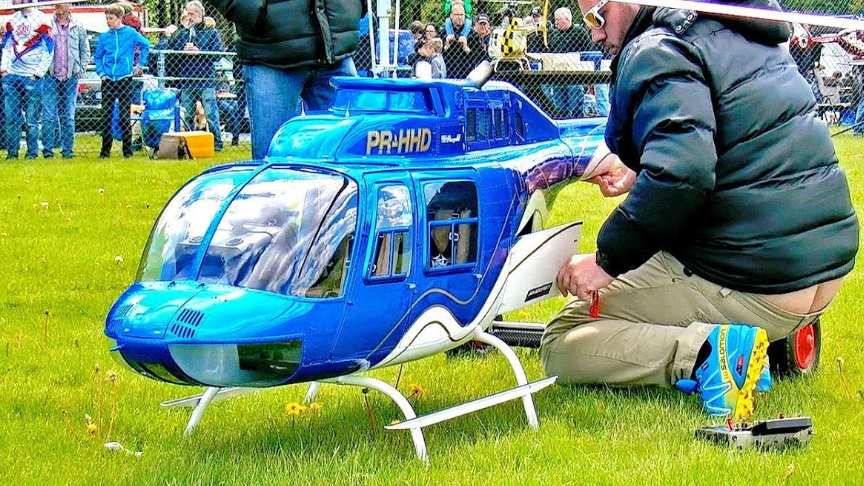 This is ell-206 Scale 1:3 helicopter kit, a premium scale kit that offers unparalleled detail. From tip-to-tail the Bell-206 Jetranger body kit displays an accuracy of detail to the real aircraft not normally seen in the RC helicopter hobby./RC MEDIA WORLD

This Bell-206 really impresses with the highly detailed and accurately scaled down profile.This Giant 1:3 scale RC Bell-206 Jetranger helicopter has a rotor diameter of 3.25m and is powered by a Turbine Jakadofsky Pro 6000 engine with a Take-off weight: app. 23 Kg. The pilot of this helicopter is Dennis Engel.

The turbine engine of this helicopter fascinates by the smell of kerosene, a gently starting rotor, accompanied by the unmistakable sound of a turbine.