A circuit breaker is an automatically operated electrical switch designed to protect an electrical circuit from damage caused by excess current from an overload or short circuit. Its basic function is to interrupt current flow after a fault is detected. 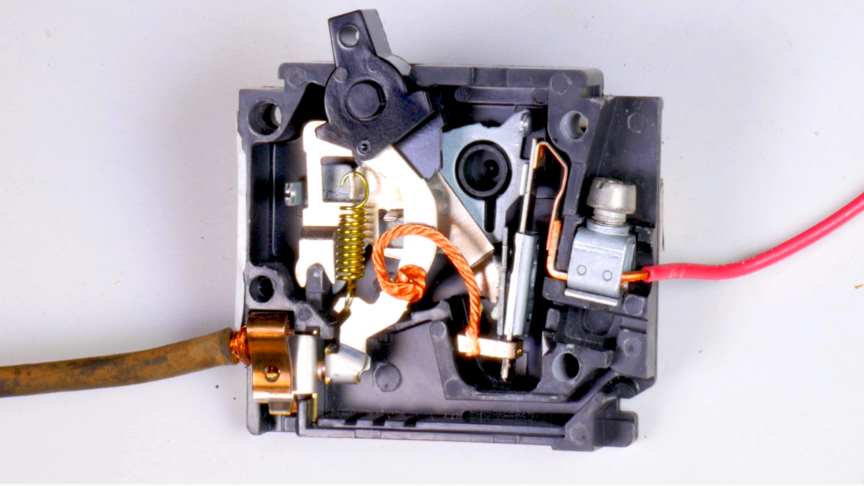 If you’ve ever wondered how that pesky circuit breaker Works inside when your lights turn off, then this is the episode you need to watch.I open up a household circuit breaker and replicate a couple very common household fault scenarios, I film it with the high-speed cameras to reveal exactly what’s going on inside that circuit breaker./Warped Perception

Circuit breakers are made in varying sizes, from small devices that protect low-current circuits or individual household appliance, up to large switchgear designed to protect high voltage circuits feeding an entire city.

The generic function of a circuit breaker, or fuse, as an automatic means of removing power from a faulty system is often abbreviated as OCPD (Over Current Protection Device)./wikipedia

This experiment is done by a professional in a controlled environment, DON’T TRY THIS AT HOME.