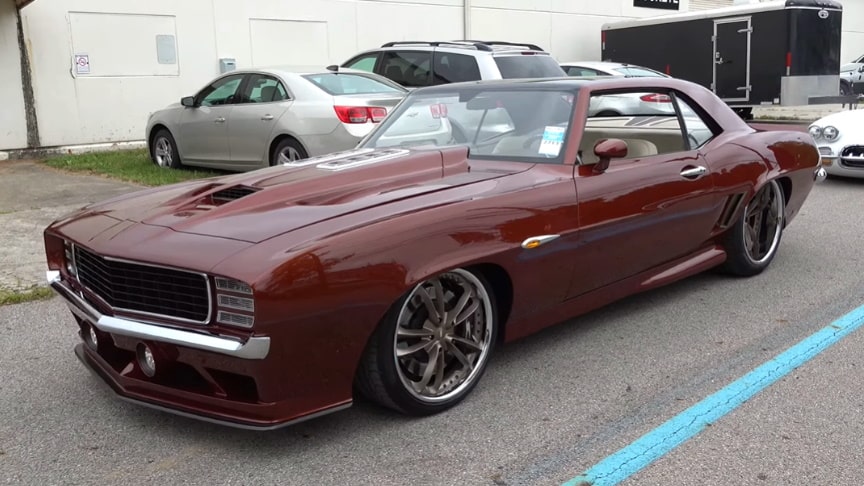 The car is completely custom and one off.It had been sold a couple of time since I had seen it last and it was at Garett’s Rod Shop in Columbus having some updates done to it.The new owners wanted to make it their own.The car still looks like it did back in the day with some noticeable differences.

The grill has been changed to a more traditional 1st generation camaro.The car went back to Steve Holcomb Pro Auto Custom Interiors to have a few changes made to it.They did the interior originally and were the only choice to give it this update.

Wheels are always a personal choice and no one set will please everyone.They didn’t change the wheels and I think this 69 Camaro wears them well.I don’t shoot many cars or trucks twice.This car was a BIG hit the first time I shot it and people are always wondering what happens to these cars over time, So I figured this one was a good one to shoot twice.Very cool for sure.//ScottieDTV