Like the leap from propeller to jet, the next great sep is upon us in military aviation, and this one, is a little more terrifyingAfter all, its replacing the pilot with silicon. Introducing the loyal wingman, the next generation of military aircraft that is going to literally take the man out of the pilot seat. The Boeing ATS, also referred to as Loyal Wingman, is the epitome of a modern UAV, which means it’s all about stealth and being multi-functional. 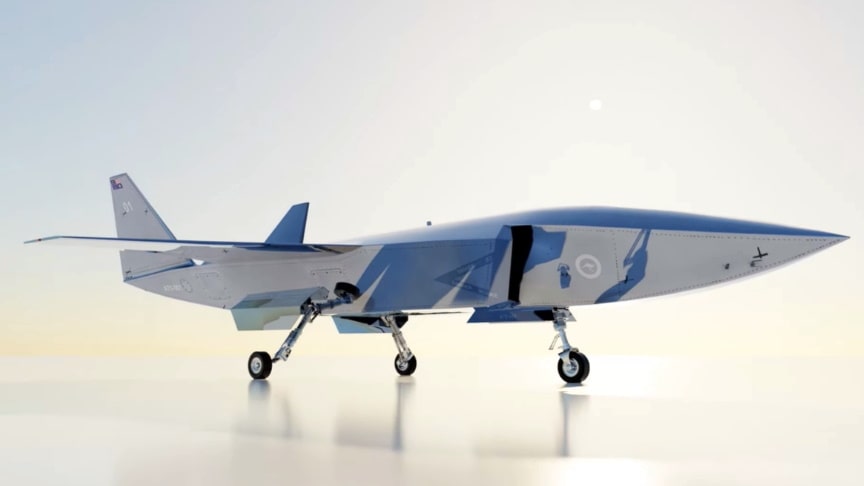 A key technical feature of this military drone is its modular mission package system, whereby its AI is located in its nose. The craft’s nose can be quickly and easily removed and replaced with another nose having a completely different set of equipment or armament guidance systems, while the spy tech or weapons are loaded in the internal bay. This means the Loyal Wingman can be quickly deployed for a variety of different and very specific missions, which can include combat, reconnaissance and, most specifically to this class of UAV, electronic warfare.

The nose, by the way, is 2.5 metres or 8.2 feet long and offers a storage volume of more than 1.5 metres or 5 feet cubed.But what weapons will it carry? Sorry to disappoint, but so far Boeing has been tight-lipped leaving us only speculation. We know that air to air missions might be equipped with Aim-9s for bomber escorts and inceptions, and we would rule out tactical ground strikes.

Furthermore, another plus is that its fuselage is made of composite materials that use an advanced resin-infusion process, which results in a lighter and more durable craft. The drone has an integrated on-board sensor package that should more than ably support its three core functions, namely intelligence, surveillance and reconnaissance, or ISR, as well as tactical early warning missions.

The specifications of the Loyal Wingman include the following: