In this video from the 2020 Pigeon Forge Rod Run held in Pigeon Forge Tn I found this 2nd generation Chevrolet Camaro…At first glance I thought it was just a attention getter. 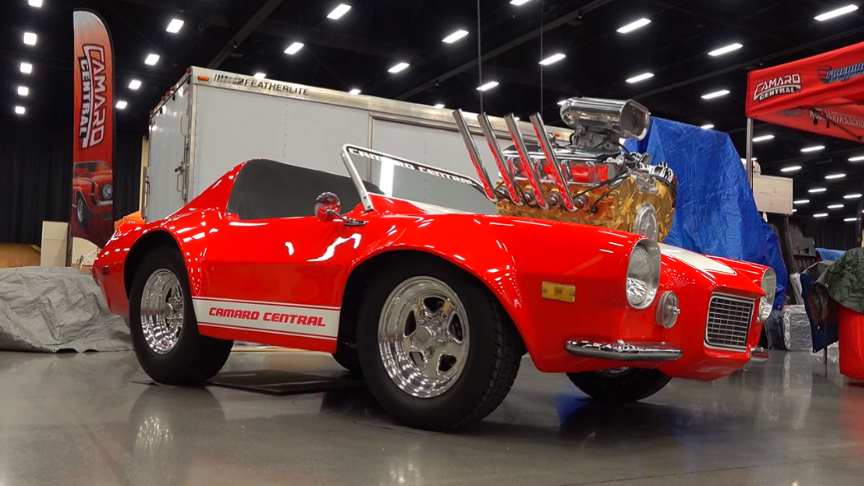 A Showpiece that Camaro Central used at car shows.I put a clip of it in the 2019 NSRA Street Rod Nationals walk around video but didn’t spend much time looking it over.At the 2020 Pigeon Forge Rod Run Camaro Central had it in their vending spot so I gave it a closer look.

I’m a BIG fan of the second generation Chevrolet Camaro so it had Me right out of the gate.But did they mess it up.Or make something cool??.The front and the back.Very good representation of this generation Camaro.. The middle is pretty much a door.

It’s like a 1970 Camaro got compacted but didn’t get crushed somehow.The interior is very simple…Nothing more than what you would need to drive it and that was the BIG question…Could You drive it??.Or was it just a showpiece???.I have never seen it run or drive…BUT!!…It is on what I guess to be a VW Bug chassis.So I think You can cruse it around and for that..I think it’s cool.I think some of You will think the same.Check it out!!!/ScottieDTV