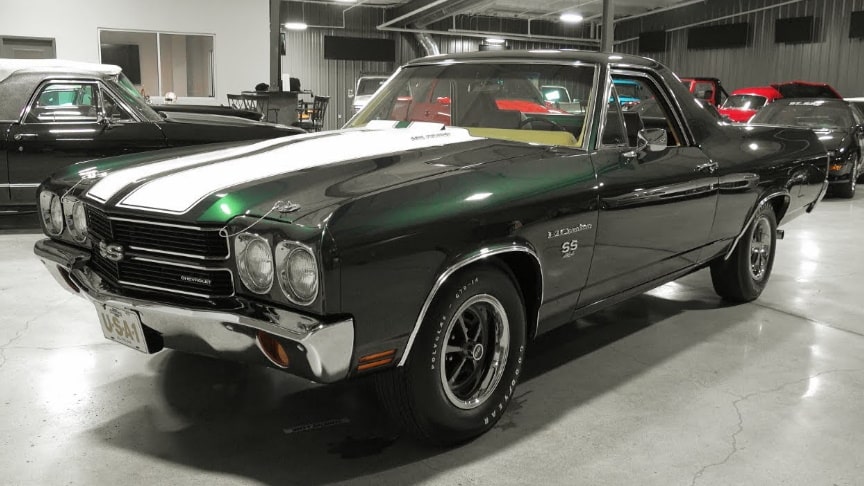 This 1970 Chevrolet El Camino SS 4-Speed Big Block from Pals Classics was totally restored around 20 years ago, yet it looks like it could have been fully restored within the last few months. Everything on this 1970 El Camino SS is like it was from the factory back in 1970 except the Big Block under the hood.

The original engine has been replaced by a 502, Aluminum Head, Big Block Chevrolet with working Cowl Induction, there shouldn’t be anyone complaining about that!…Wheels are always a personal choice and no one set will please everyone.The original rally wheels, with Polyglas tires was the correct choice for this build.The interior is tan in color and looks like it has never been sat in.