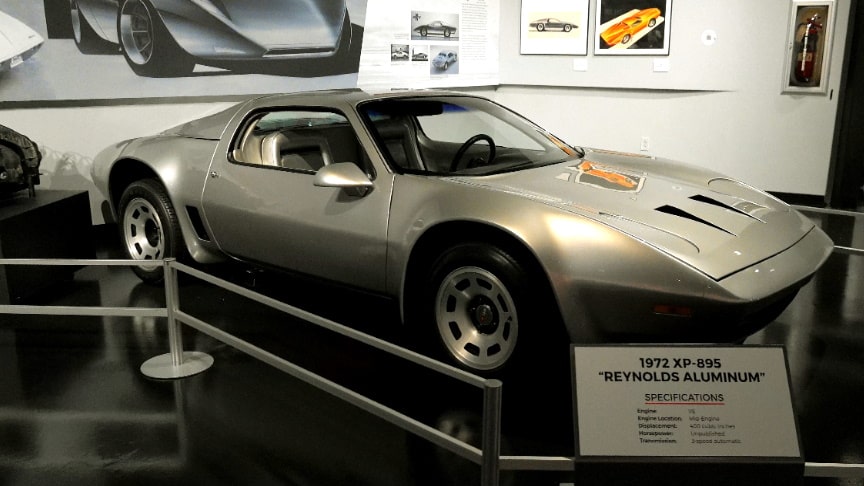 There are several examples of the different designs that were considered and in this video I take a quick but close look at the 1970 XP9895 Concept. When You look at this car You can see parts of it that made it to production later in time.The wheels look like the wheels available around 1973.

The silver leather they used for the interior looks like the leather I had in My 10th Anniversary Trans Am.The Engine was a experimental V8.Automotive History is always cool to see and the National Corvette Museum does a very nice job of making it interesting and fun..