The Ferrari Monza SP1 and SP2 are limited production sports cars produced by Italian automobile manufacturer Ferrari, introduced in 2018 for the 2019 model year. Both the SP1 and SP2 are powered by a variant of the naturally aspirated 6,496 cc F140 GA V12 found in the 812 Superfast. 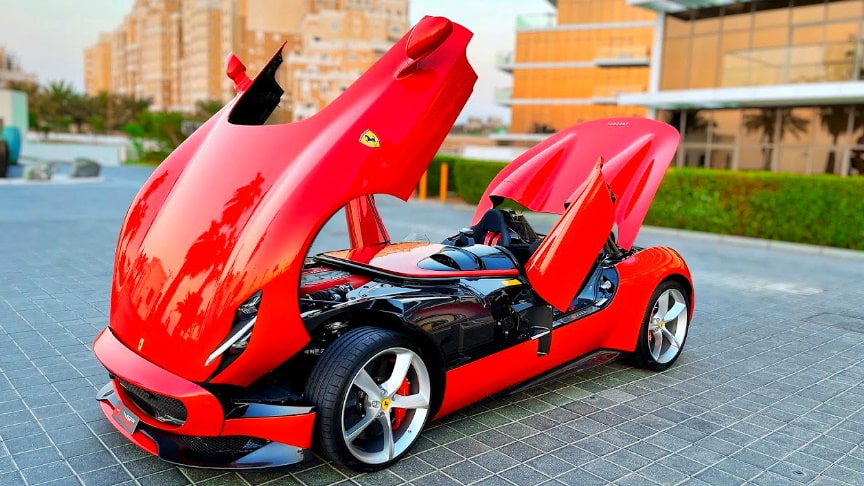 The ultra rare Ferrari Monza SP2 is one of the world’s coolest cars. Only 499 of these supercars will be made between the SP1 and SP2 and we got our hands on one in Dubai. Today Sergi takes a look around what makes this Ferrari one of the coolest cars in the world. Watch the video from Supercar Blondie for more info:

The SP1 and SP2 feature low slung, carbon fibre speedster bodywork inspired by early, post-war Ferrari race cars such as the 166 MM, as well as the 250 Testarossa and 750 Monza.The SP1 is a single-seater, with the driver’s position situated to one side of the car, while the SP2 has two seats separated by a center section.//wikipedia