The Kawasaki H2 Mach IV was a 750 cc 3-cylinder two-stroke production motorcycle manufactured by Kawasaki. The H2 was a Kawasaki triple sold from September 1971 through 1975. 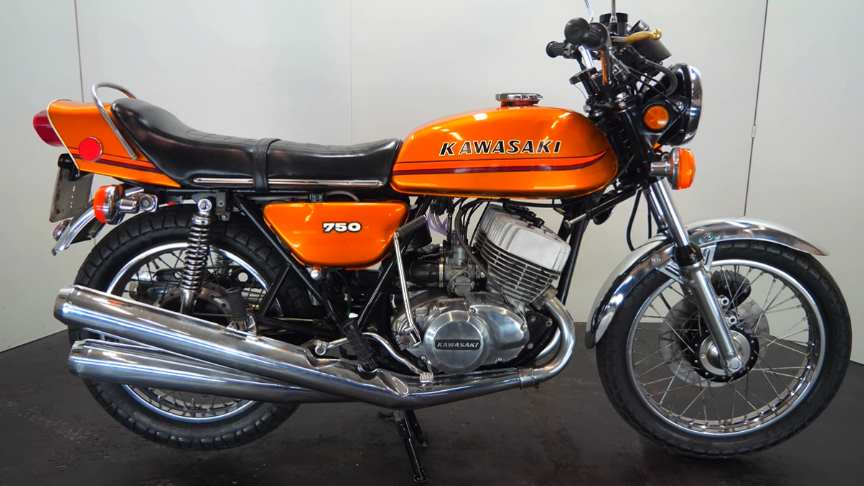 This here offered 750 H2 has a low frame and engine number and refers to Series 1 with 74hp. The engine and carbs have been restored recently. The bike is in great shape and is ready for the road.

A standard, factory produced H2 was able to travel a quarter mile from a standing start in 12.0 seconds. It handled better than the Mach III that preceded it. By the standards of its time, its handling was sufficient to make it the production bike to beat on the race track.