AN ECCENTRIC car creator has built his very own Rolls Royce dragster. In this week’s episode of Ridiculous Rides we meet Perti Plosila and Tony Johansen, the creator and owner of an insane drag car. 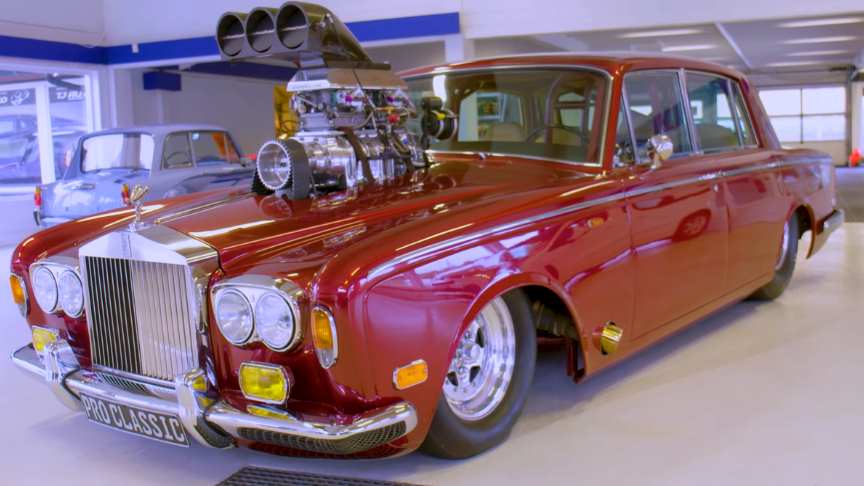 Pretri built the car by starting with the body of a beautiful 1974 Rolls-Royce Silver Shadow and gave it a modern steel chassis.

He then added a beastly V8, a 200hp nitrous booster and of course a set of huge drag racing tyres.

Not wanting to compromise on style, Petri also fitted custom leather seats in the front and back of the car, along with champagne and flute receptacles. We catch up with the car’s current owner Tony, as he takes Petri for a spin./ Barcroft Cars